As the most widely recognized suffrage journal in the United States, The Woman's Journal served as a significant vehicle for promoting the suffrage cause.

First published in 1870, The Woman’s Journal announced itself as “a Weekly Newspaper, published every Saturday, in Boston and Chicago, devoted to the interests of Woman, to her educational, industrial, legal and political Equality, and especially to her right of Suffrage.”1 This publication quickly became the leading suffrage journal to advertise local, national, and international news on women’s rights issues. 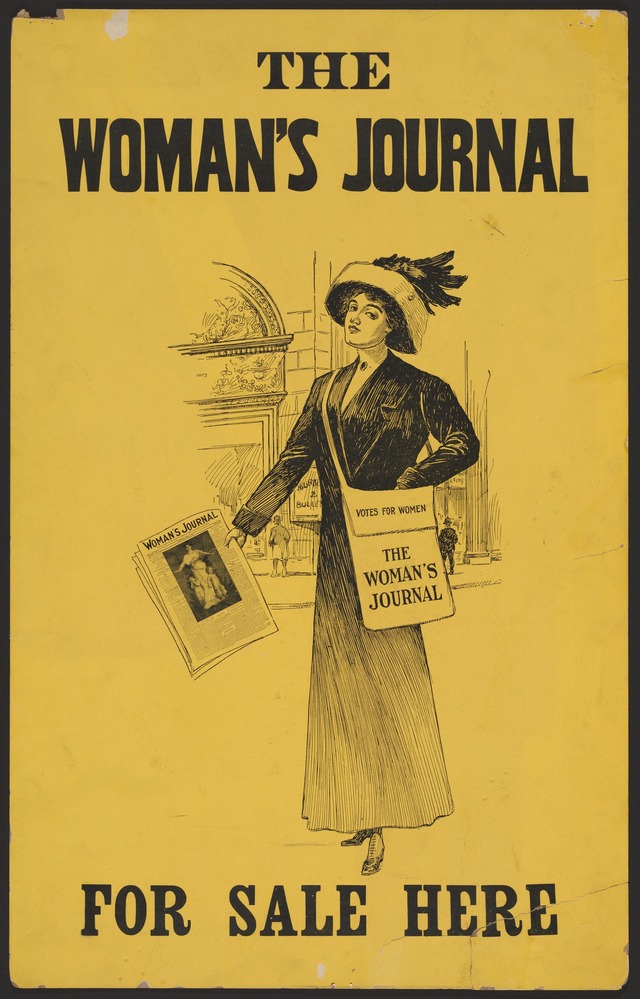 While Lucy Stone established the publication, Mary Livermore served as its first editor, with the assistance of Stone, Julia Ward Howe, William Lloyd Garrison, and Thomas Wentworth Higginson.2 In 1872, Lucy Stone took over as senior editor alongside her husband Henry Blackwell, with many local and national leaders of the movement contributing to its publications. Alice Stone Blackwell, the daughter of Lucy and Henry, took up editorial duties of The Woman’s Journal after her mother’s death in 1893.3

The Woman’s Journal ran until 1917, when it joined with other suffrage publications to become The Woman Citizen, published in New York.5