America Hunt, a mulatto woman, was born into slavery in Kentucky in approximately 1820. By 1840, she belonged to Henry Hunt and lived on his plantation near Liberty, Amite County, Mississippi. America had children by her slave owner, Henry Hunt (proven through DNA). Two were Margaret and Peter Hunt. Oral family history states that Margaret was a weaver on the plantation, and Peter was a Tanner of animal hides. America eventually married Joshua Hunt, a former slave of Henry Hunt. In total, America had seven children.

By 1870, Joshua and America changed their name from Hunt to Harrell along with their daughters, who were Jane Harrell-Oats (John), Harriet Harrell-Pickett (Richard “Jake”), Louisa Harrell-Jackson (Winston), and Sarah Harrell. Their former owner, Henry Hunt, also died in 1870.

America was a widow by February of 1883 when she filed for a 39.35 acre homestead under the Homestead Act of 1862. Within nine years, America, with her children’s help and hired hands, built a 16-foot square log cabin, which consisted of a bed, bureau, chair, and table. They also made three log corn cribs. America farmed fifteen acres of the land, planting corn and potatoes, as the rest of the land was piney woods.

The neighbors who were witnesses for her final homestead application were J.M. Halford, “G.C.” George Columbus Adams, and Joe Turner. The two closest people living next to America were her son, Peter Hunt, and neighbor Ben Lands. When America proved up on her homestead her farm yielded 100 bushels of corn and 50 bushels of potatoes. She owned plows, hoes, a turning plow, a weeder, one horse, five heads of cows, and one yearling. Her land, home, and corn cribs’ total value were noted at $130.00 in 1892

The descendants of America Hunt-Harrell are proud of her. She was a tenacious, hard-working woman, despite her life circumstances. Although America was born a slave, after 20 years of freedom, she purchased land, lived in her own home, worked for herself, never being enslaved again in any capacity. She died approximately in 1895. 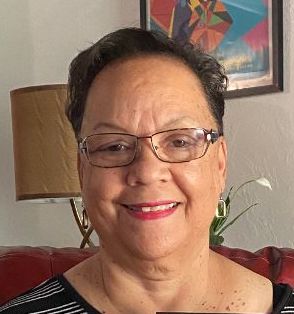 Denise’s maternal genealogy research led her to Hunt ancestors from the United States to County Tipperary, Ireland, 8th century England and the House of de Vere. Denise is the founder and owner of Glass Tree Books and Blue Eclipse Publishing. As an author, she has written several books for children and young adults on Diversity, Genealogy, and Theology.