The steaming Kīlauea Caldera lies at the heart of Hawai‘i Volcanoes National Park, and although this sacred feature draws many visitors, the living wonders that the park encompasses are equally significant.

The largest national park in the U.S. Pacific islands extends from sea-level to the summit of Mauna Loa at 13,677 feet. Within the park are rainforests teeming with native birds and rare plants, montane and dry woodlands that are home to culturally important species, and a dynamic coastline.

Hawaiian plants and animals began to evolve over 70 million years ago in nearly complete isolation. Over 90% of the native terrestrial flora and fauna in Hawai`i are found only in the Hawaiian islands. This level of endemism surpasses all other places on Earth, and the park is a living laboratory for studying biogeography and evolution within the Pacific islands. 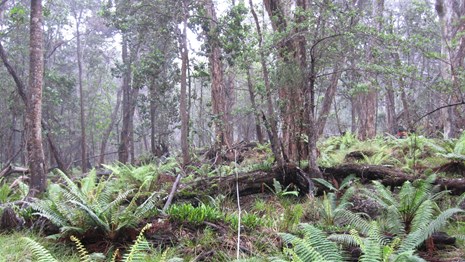 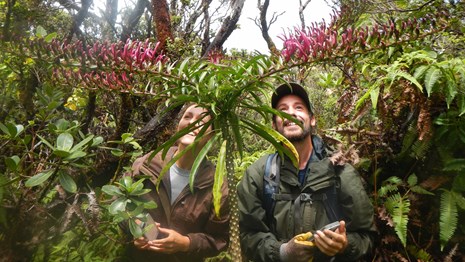 Discovering species in our parks