English colonists first landed here in April 1607, erected a wooden cross and gave thanks for a successful crossing to a new land. In 1781, Americans could watch from these same sand dunes the largest naval battle of the Revolutionary War. Our French Allies defeated a British fleet just off this shore to set the stage for General George Washington's victory at Yorktown. 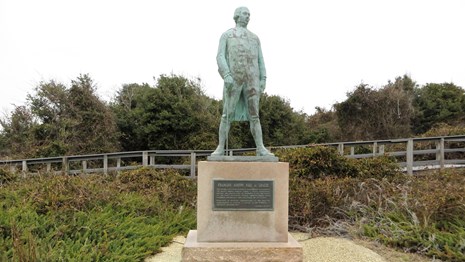 It is only because of Admiral deGrasse, commander of the French fleet that the British were unable to relieve Lord Cornwallis at Yorktown 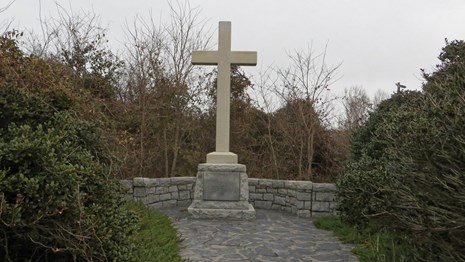 Granite cross erected in 1935 by the National Society Daughters of the American Colonists, in memory of the original wooden cross. 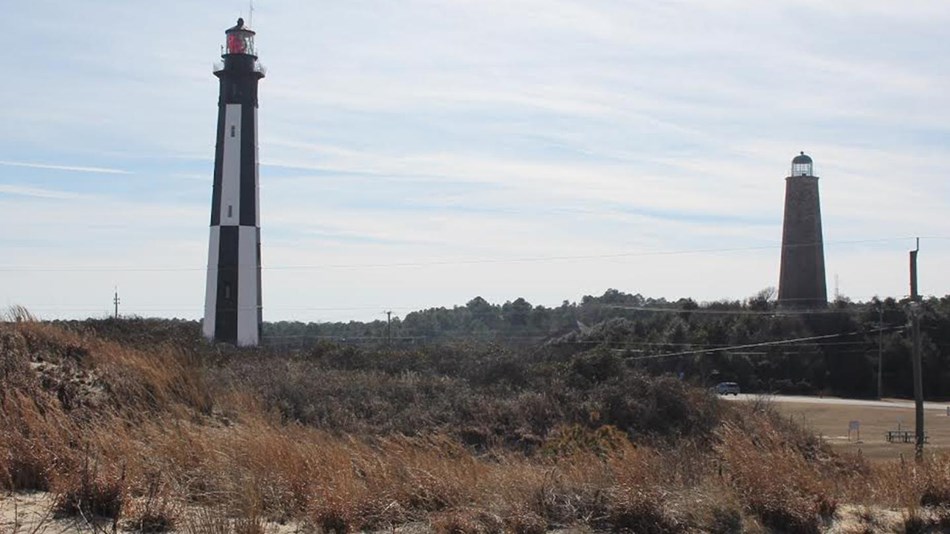