Wondering where in the park to look for a certain bird? Trying to plan a prescribed fire? Need help identifying potential habitat for a threatened species? You need a vegetation map!

What is Vegetation Mapping?

Vegetation maps visually display the distribution of vegetation communities across a landscape. Knowing what’s growing where, and what kinds of habitat occur in a park, helps park managers with park planning, resource monitoring, interpretive programs, prescribed fire, and climate-change response, among other activities. Vegetation maps also provide a baseline for other ecological studies. But in the past, not all parks had current vegetation maps.

The National Park Service (NPS) Vegetation Inventory Program aims to complete baseline mapping and classification inventories at more than 270 NPS units. Each map represents hundreds to thousands of hours of effort by ecologists, field technicians, GIS technicians, data managers, editors, and park staff. The teams use data collected from vegetation plots to classify vegetation types and write descriptions, and use aerial imagery to spatially delineate (map) where each vegetation type is found. Then they assess the accuracy of the results, create a geodatabase and map, and write a final report. Each finished project is an entire library of vegetation data and descriptive information.

To create a vegetation map, a crew of botanists heads into the field and visits a series of plots. At each plot, they survey all vascular plant species within different height categories. They determine how much of the plot is covered by each species, and assign each species a cover class, from 1 (<1%) to 9 (96–100%). The most abundant and important species in the community are assigned a dominance rank. Vegetation is then classified into “associations” which are assemblages of certain plant species repeatedly found in similar habitats. Those assemblages are delineated as polygons in the map and organized into map classes. Generally speaking, the map classes are named according to which plants are most dominant.

The SODN crew developed 16 map classes represented by 203 map polygons. Vegetation communities ranged from lush riparian woodlands to drier upland woodlands and tree savannas with a grassland understory. The most widespread association was Two-needle pinyon - (Oneseed juniper, Alligator juniper) / Blue grama Open Woodland, comprising 34% of the project area. The next most-common association was Ponderosa pine Woodland and Tree Savanna, with 14% of the project area. The 14 other associations accounted for between 10% and >1% each. A total of 349 different plant species were recorded during the project.

Impact of the Miller Fire

This vegetation mapping project was originally scheduled to begin in 2011, exactly one week after the Miller Fire ignited. First sighted around midnight in the adjacent Gila National Forest on April 28, 2011, the fire burned across the park on May 10. It was officially contained on June 14, after burning a total of 35,950 hectares (88,835 acres).

The Miller Fire burned the majority of the project area (see map) and delayed vegetation mapping for a year. Post-fire vegetation communities change quickly, which created a number of challenges for the project. Many plants died during or after the fire, and were sometimes replaced by different species. The first species to move in after a fire are not always the ones that stay. As such, the same area can undergo multiple successional phases in a relatively short time after a fire. Yet postponing the project to allow for full recovery was not a reasonable option, because it can take up to a decade for woody species to reestablish—and more years after that for them to mature.

Despite these issues, the project team felt confident in its classifications. The team used data from multiple years post-fire to validate the mapping results. Communities drastically altered by fire will remain in a post-fire, “regenerating” status for many years. These types were mapped and described separately from their unburned or lightly burned counterparts. This will allow the map to be easily updated as the system recovers.

Fires in pinyon-juniper savannas historically are thought to have occurred every 10–30 years. These areas usually would have burned in low-intensity, widespread fires that maintain open, grassy areas with scattered trees. However, pinyon-juniper woodlands are now more common in the U.S. Southwest. These communities often burn large areas as crown fires, leading to high overstory mortality. Similarly, healthy, open stands of ponderosa pine are in large part maintained by multiple lower-intensity fires over time. These fires help reduce surface fuels and density of small trees while maintaining large trees. Both of these communities are adapted to fire and should naturally recover. They will likely reap other, shorter-term benefits from fire—for example, nutrient cycling stimulates sprouting and dead snags provide habitat for cavity-nesting birds.

Fire in riparian areas is much less common and its effects are less well-documented. During the Miller Fire, the riparian area along the West Fork of the Gila River experienced moderate- and high-severity fire. Many overstory trees were completely consumed or killed. Since then, the two main species affected (narrowleaf cottonwood and dewystem willow) have vigorously sprouted from their bases. After six years of growth, these trees are 3–5 meters tall (see photos below). Every five years, the Sonoran Desert Network samples permanent monitoring plots in both upland and riparian areas of the park. These sites were sampled in 2012 (one year after the fire) and again in 2017. After sampling in 2022, a trend report will document vegetation change over time, highlighting the effects of the 2011 fire. 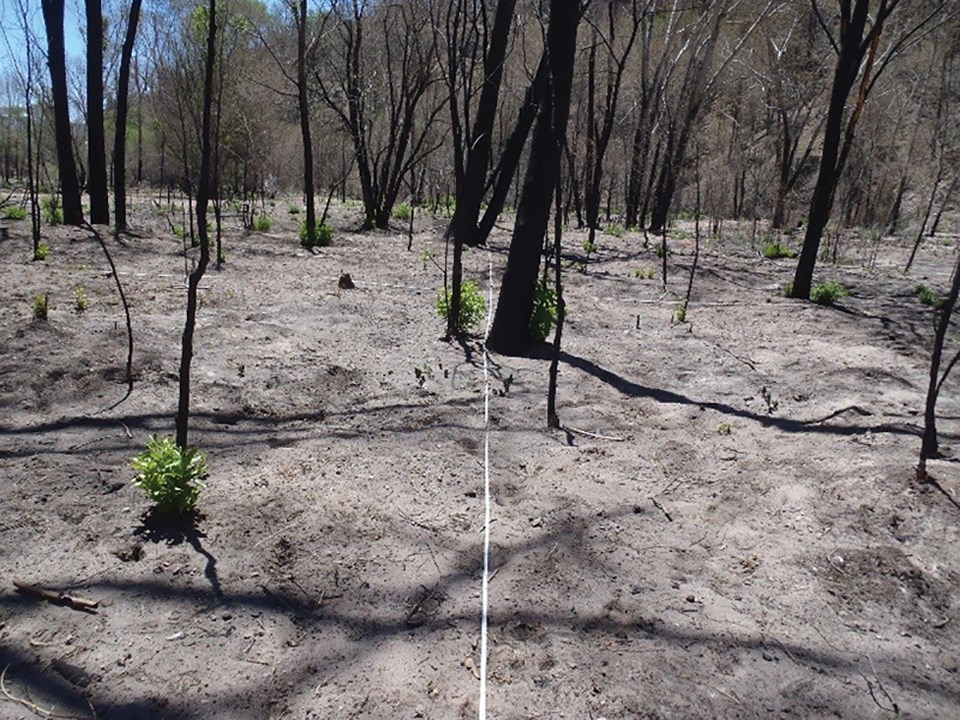 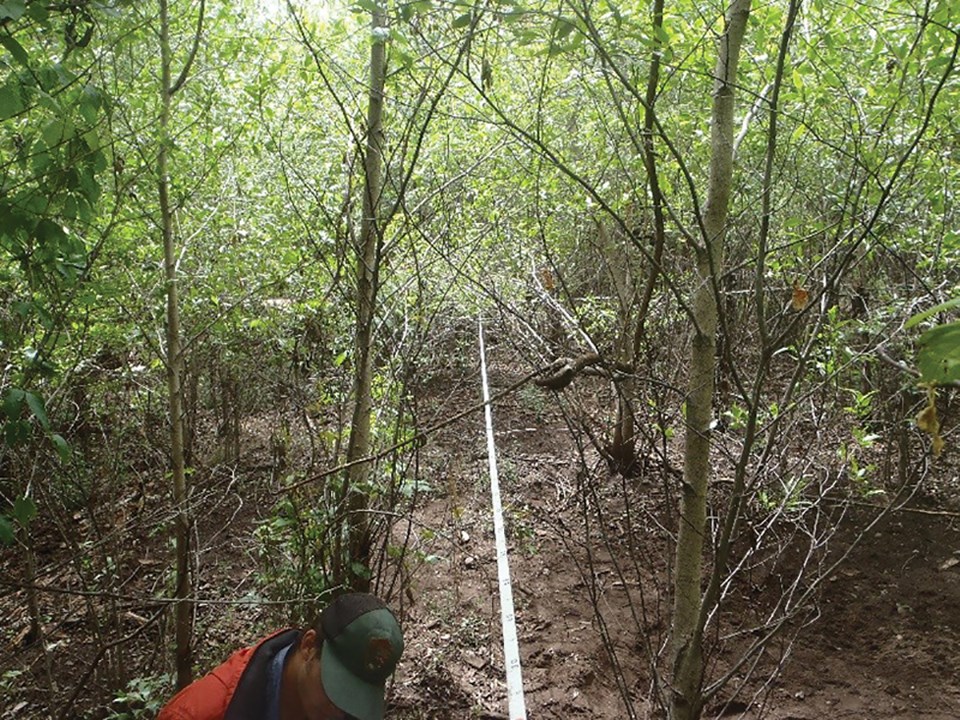 In the last century, fire suppression reduced the number of fires and overall acreage that was allowed to burn. This is thought to have contributed to increased stand densities and fuel build-up in many western forests. However, the naturally ignited Miller Fire was allowed to burn with limited suppression other than to protect human life and structures. This management practice is called “wildland fire use” or “wildfire use for resource benefit.” Some research shows that fire severity is significantly lower in areas that have recently burned (<22 years between events) compared to areas that have not. This suggests that fire severity may diminish as normal fire cycles are restored.

The Sonoran Desert Network will continue to monitor vegetation and soils at Gila Cliff Dwellings National Monument as part of its long-term vital signs monitoring program.