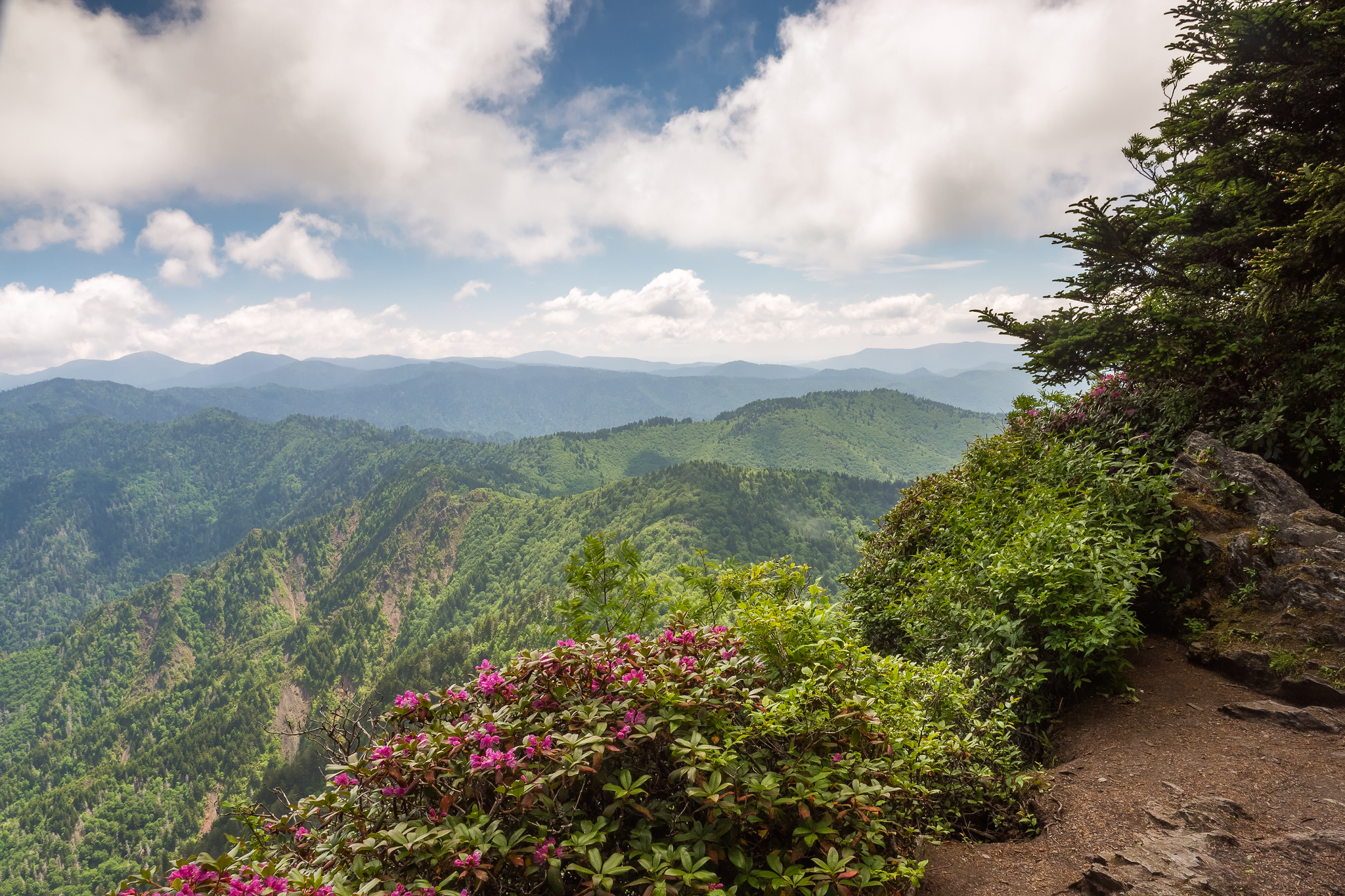 New research published in Atmospheric Environment (April, 2019) reveals that ground-level ozone pollution in Great Smoky Mountains National Park (NP) has dropped to its lowest levels since the mid-1980s. Ozone pollution which can be harmful for human health and the environment. So, a dramatic reduction is important news for park visitors and staff! It is also gratifying for the many people who have worked for clean air in the park.

For years, Great Smoky Mountains NP has suffered from poor air quality because of nearby urban areas and coal-fired power plants. Ozone concentrations in the park rose rapidly from the mid-1980s to the late 1990s. In the late 1990s and early 2000s, the highest ozone in the park reached hourly averages of 102 to 135 parts per billion. Then a dramatic decrease in ozone levels began and has continued to the present. Today, levels are the lowest ever recorded in the park with maximum hourly average concentrations generally less than 80 parts per billion. Researchers from Appalachian State University, the National Park Service, and A.S.L. & Associates find that the decline in ozone occurred after power plants near the park significantly reduced nitrogen oxide emissions. This shows that nitrogen oxide emissions from power plants had a strong negative influence on ozone levels in the park.

Researchers looked at ozone data from six different sites in the park to learn more about how mountainous terrain and proximity to pollution sources affect measured ozone concentrations. The sites revealed large differences in the pattern and amount of exposure to ozone. Ozone exposures were greater at high elevations because ozone remains in the air throughout the night. At low elevations, various processes remove ozone in the evening. Due in part to the nearby Tennessee Valley and Knoxville metropolitan area, ozone is higher on the Tennessee side of the Park than it is on the North Carolina side. Overall ozone exposures have declined across the study area.

Comparison of healthy and ozone-damaged Black Cherry leaves in Great Smoky Mountains National Park. The healthy leaves are shown on the left and the unhealthy leaves on the right.

Some of the most exciting news from this study is for park plants and ecosystems. Scientists know that over the course of a growing season, ozone can injure plant tissues making it harder for sensitive plants (like tall milkweed and black cherry) to produce and store food. Researchers find that, the highest 3-month cumulative ozone exposures (a metric used to understand ozone impacts on plants) have shifted from the summer to the spring months. This shift may mean that a greater percentage of the remaining higher ozone exposures result from natural background processes, such as stratospheric intrusions. These processes are more frequent in spring. More research is required on this important observation. The lower ozone concentrations in the park occurring earlier in the growing season means that vegetation is at lower risk for leaf injury, growth reductions, and forest species composition changes.

Thanks to the hard work of many, ozone pollution at Great Smoky Mountains NP now rarely exceeds the human health standard and is getting better for sensitive plants and ecosystems. This shows how successful the Clean Air Act has been in improving air quality (ozone and particle pollution, regional haze, and acid deposition) in one of the most visited and biodiverse national parks in the country.