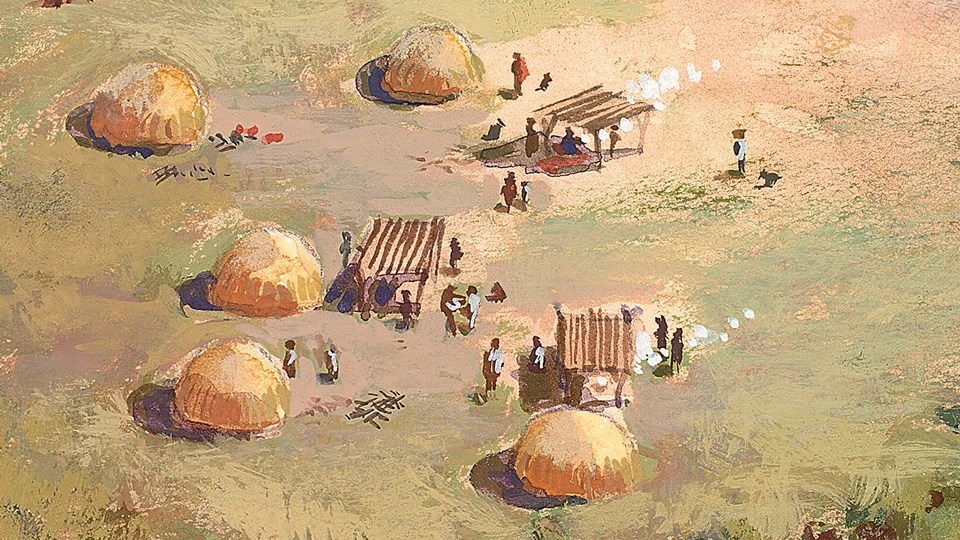 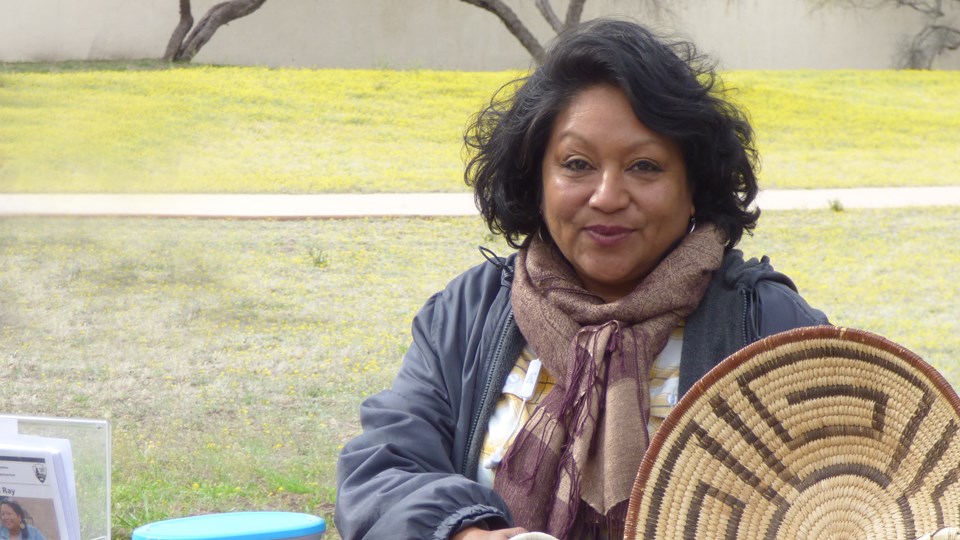 A Brief History of the O'odham

The O’odham people have lived in the Sonoran Desert since time immemorial. They are descendants of the ancient Hohokom people and have thrived despite the harsh desert climate. Using the Santa Cruz River and the yearly downpours from the monsoons, the Akimel (River) O’odham carved out elaborate acequias, or canals, and basins to water crops. The Tohono (Desert) O’odham that lived farther from the rivers would migrate between two village locations in order to follow water sources.

The Landscape and Diet

Before European contact, the O’odham practiced a combination of hunting and gathering and non-intensive agricultural cultivation. Using their intimate knowledge of the landscape, the O’odham people cultivated a variety of crops, including squash, beans, cotton, corn, and more. To supplement their diet, the O’odham gathered various foods, including cactus, agave, cactus fruit, and mesquite. The traditional saguaro harvest occurs yearly during June and July, accompanied by social and religious festivities in which men and women alike participated in. The O’odham also hunted game like birds, deer, sheep, among other animals.

The O’odham’s relationship to the landscape is paramount in their cultural and spiritual beliefs. Their mythology tells that the land was given to the O’odham by Elder Brother to live on when the earth was created. Therefore, the O’odham have become experts at living not only on, but with the desert and all of its plants and animal life.

Traditionally, O’odham women were responsible for preparing foods like flat, corn meal cakes and drinks like saguaro wine. Young women were also responsible for gathering foods and water for their families. Women and girls were also given the responsibility of making pottery and of, most importantly, weaving basketry. Young men might shadow older men during hunting, spinning string for weaving, or making rope. Men also took more responsibility for butchering animal products and making leather hides.There are many parts of traditional O’odham culture that continue today.

Many Names, One People

Pima = the name applied by the Spanish to the river-dwelling O'odham people. It may come from a phrase "pi-nyi-match" which means "I don't know," the answer given by the O'odham to questions asked by the Spanish.

Papago = the name applied by the Spanish to the desert-dwelling O'odham people. It may come from the O'odham word "Papahvi-o-otam" which may mean "bean people."

Today, the various bands of O’odham people are broken up into four federally recognized tribes: The Tohono O’odham Nation, the Gila River Indian Community, the Ak-Chin Indian Community, and the Salt River (Pima Maricopa) Indian Community. Though they have a shared heritage, each band is now recognized as politically and geographically distinct and separate.

The biggest O’odham community today is the Tohono O’odham Nation. The tribe has approximately 28,000 registered members. The Nation extends across Southwestern Arizona, with an area of about 2.8 million acres—almost the size of the State of Connecticut. The Tohono O’odham Nation is the second largest reservation in the state of Arizona.

Contemporary O’odham culture is diverse and varied. Language dialects, customs, traditions, and values have grown and expanded in their expression. Many facets of traditional O’odham culture transformed due to forces like colonization.

Today, O’odham culture has taken on influences from Mexican, Spanish, and American traditions. However, many cultural expressions can be traced back hundreds of years. For example, many oral histories told today among the O’odham are centuries old. Some traditional dishes and ingredients continue to be widely eaten, like mesquite, saguaro fruit, and corn tortillas.

Some traditions have changed. The annual saguaro harvest, once an activity strictly for women, now is practiced by some men. Basketry making, too, is a traditionally women’s activity that is now being adopted by some O’odham men.

Next: Native Peoples of the Sonoran Desert: The Yoeme