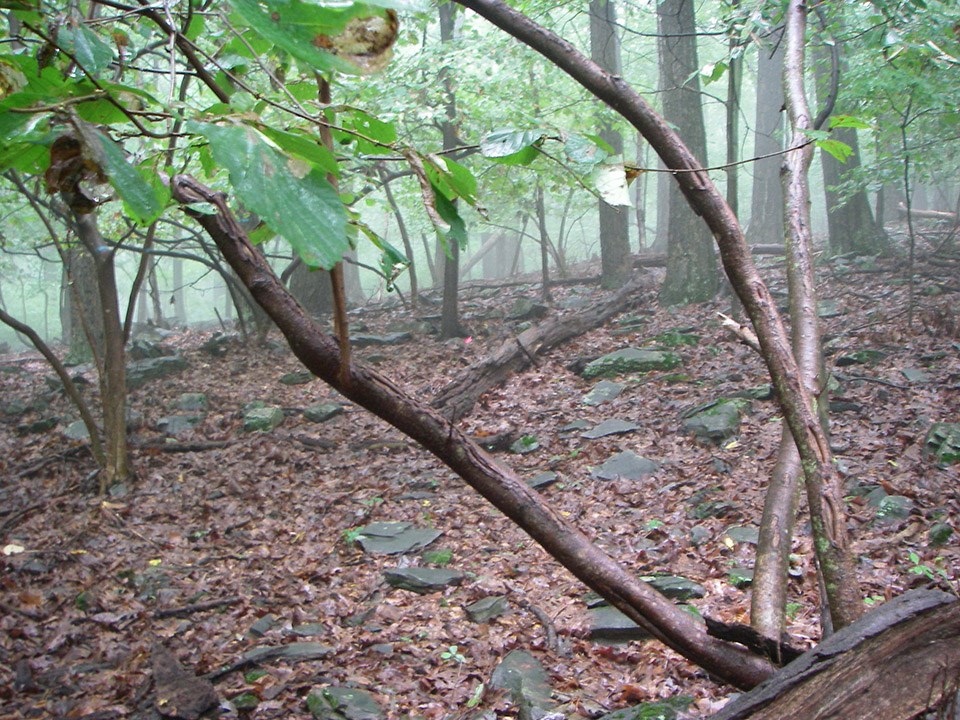 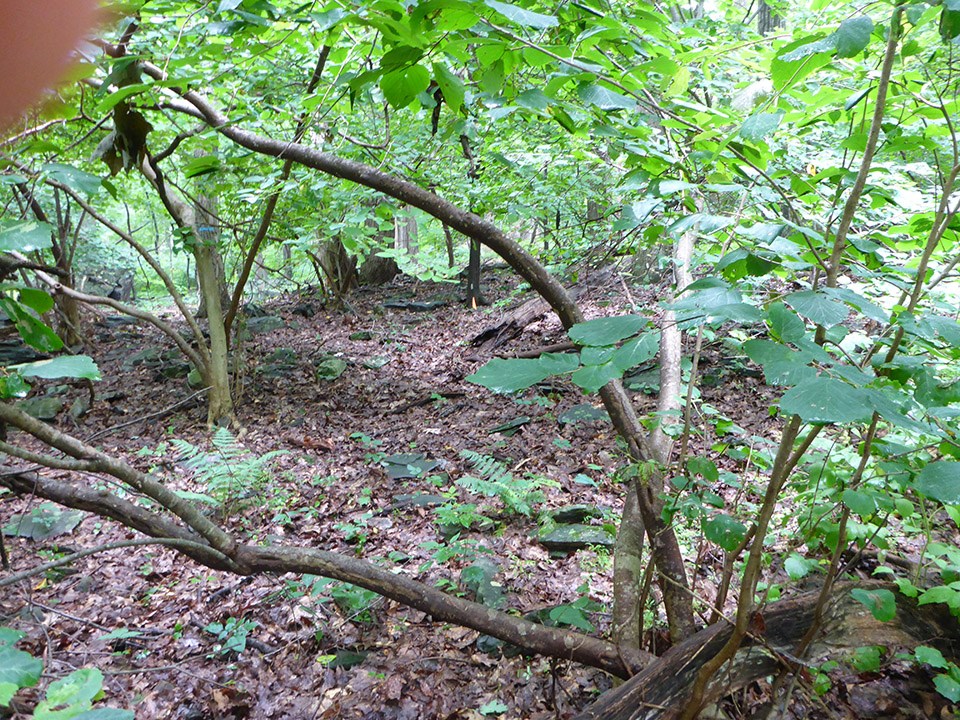 Forests make up about three quarters of the landcover in National Capital Region (NCR) parks, and their continued regeneration (the survival of seedlings and saplings to replace large forest trees as they die) is a growing concern.
If the forests of NCR parks were to gradually decline and diminish instead of regenerating, the parks would not only lose part of the distinct character, leafy shade, and cool microclimates that visitors enjoy, but animals and plants of all kinds that depend on the forests would be made vulnerable. From the tiniest, most specialized insects and pollinators, to forest floor salamanders, to flying squirrels and wildflowers, an incredible number of species depend on the forests they live in.
Large white-tailed deer populations (>8/km2 per Horsley et al. 2003), like the levels found in the NCR, can not only significantly reduce forest regeneration, but can also reduce tree species diversity, density, and the average height of seedlings.

To assess forest regeneration, we analyzed long-term forest data from the National Capital Region Network, Inventory & Monitoring program (NCRN I&M). We used the number of seedlings and small saplings present, their size, and their distribution to calculate regeneration potential on a plot-by-plot basis with a formula called the “Stocking Index.” (A detailed explanation of stocking index calculation methods is in Schmit and Nortrup 2013.)

Forest regeneration levels are low throughout National Capital Region parks. The stocking index threshold for healthy forest regeneration requires that 67% of forest plots should be adequately stocked with seedlings and small saplings. No park exceeded 30%.
NCRN forest data show tree seedlings present in all parks. However, where there are large deer populations, the seedlings that are present are often those less palatable to deer including species like American beech (Fagus grandifolia), pawpaw (Asimina triloba), or the invasive tree of heaven (Ailanthus altissima).
The overall lack of forest regeneration throughout the National Capital Region remains a cause for concern and stocking index scores have changed very little since 2006-2009. As these low levels of regeneration persist, forests may enter a period of long term decline.

Catoctin Mountain Park, Rock Creek Park, Antietam National Battlefield, and Monocacy National Battlefield are all currently reducing their deer populations to help boost forest regeneration. Other NCR parks continue to work through the environmental compliance process to address forest regeneration and health through deer managment.
While stocking index scores remain low at Catoctin Mountain Park, the abundance of small seedlings has surged since park deer reductions began in 2009. Seedlings grew from about 630 per hectare (2006-2009) to over 6,820 per hectare (2014-2017). But because the stocking index includes both seedlings and small saplings, and assigns higher values to larger individuals, the increase in seedlings has not yet registered in Catoctin’s stocking index score.
Similarly, Rock Creek Park seedling numbers rose from 2,240 per hectare (2006-2009) to 3,680 per hectare (2014-2017). This increase is not yet visible in the stocking index. Rock Creek began deer management in 2013.
Since Antietam and Monocacy began deer management in 2016 and it takes 4 years to sample all park plots, full results are not yet available. An increase in the stocking index for any of the parks pursuing deer management will be an important indicator of the effectiveness of this management.

To help protect natural resources ranging from bird populations to forest health to water quality, National Park Service scientists perform ecological Inventory & Monitoring (I&M) work in parks across the country. The National Capital Region Network, Inventory & Monitoring program (NCRN I&M) serves national parks in the greater Washington, DC area. Learn more about us at the NCRN I&M website.
This article is based on material originally published as a resource brief in 2017. Resource briefs on this topic are also available from 2016, 2015, 2014, 2013, 2012, and 2011.
To learn more about NCRN I&M forest monitoring, you can visit the NCRN forest monitoring webpage.