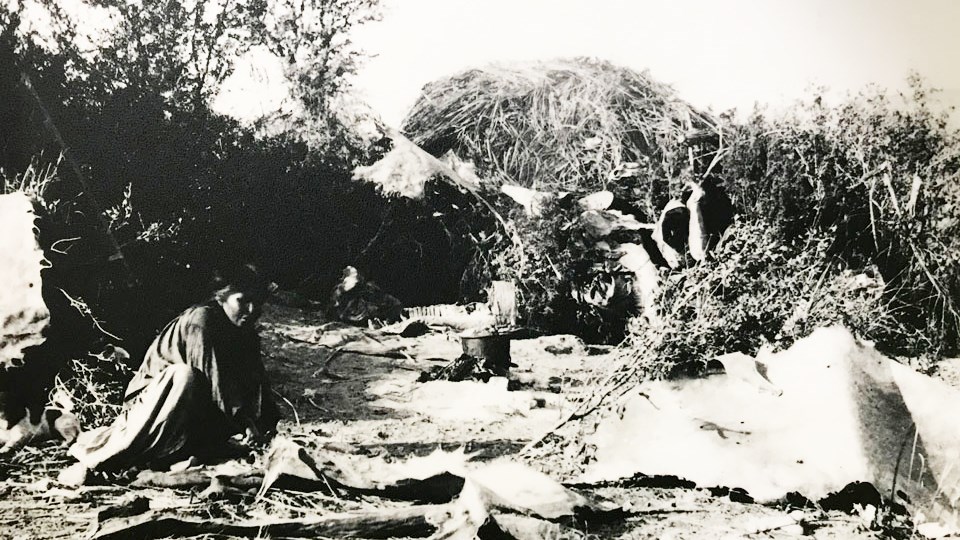 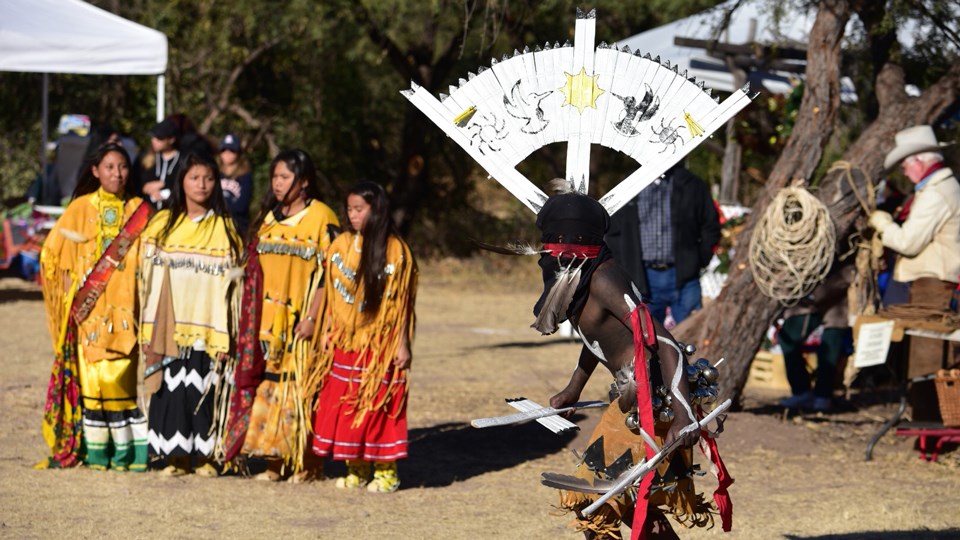 A Brief History of the Nde

Traveling south from Canada hundreds of years ago, the Nde (Apache) people joined the Sonoran Desert region of the Pimería Alta around 1200 AD according to most historians and linguists. The Nde people refer to themselves as Nde, Inde, Tinde, or Tinneh, which means, “The people.” The term Apache that is commonly used to refer to the Nde people actually comes from the Zuni word ápachu, which means “enemy”.

This nomadic people were considered enemies of many communities, both native, and European (after colonists and missionaries entered the Pimería Alta in the late 1600s). Why did so many people have an antagonistic relationship with the Nde? The Nde worldview supported the idea that the land and environment around provided resources for their use and collection. Traditional Nde lifestyle, which was highly nomadic, didn’t leave much room for intensive agriculture or accumulation of large amounts of animals or other foodstuffs. Thus, when resources were running low, or when their own hunting and gathering efforts were not sufficient, the Nde made use of the resources that belonged to their neighbors.

The goal of Nde raiding was simply to acquire goods they needed—to gather a few cattle, some horses, maybe some baskets of vegetables or other goods, and to escape away undetected—not to hurt others. The Nde people only engaged in violence with other tribes or communities when they were caught during a raid, and only when they had the advantage.

This scrappy group were much more than nomads. They were fierce hunters, raiders, and warriors. These three factors made up the majority of Nde daily life, and women and men both participated in these activities. In fact, women in Nde society traditionally played a highly important role in economics, cultural and religious customs, and in daily life. Nde women were traditionally responsible for the construction and maintenance of the dwellings known as “wikiups”, dome-shaped structures made from willow poles, bent into a U-shape, and tied together with yucca then covered with bear grass. This dwelling style is ingenious because it was easy to construct, tear down, and travel with.

The Nde were also a matrilocal tribe, which means that the husband lives and moves in with the wife’s family after marriage. Matrilocality also tends to suggest an emphasis on women’s lines and lineage. This tradition gave power to Nde females; as a result, women held a high position in the social hierarchy. This also meant that there were rigid obligations for men. Married couples would move into the house of the wife’s parents and the husband would be bound to the wife’s family.

Men primarily participated in hunting activities, while women processed hides into leather to be used for clothing, bags, and containers. Nde women wove baskets of willow, cottonwood, and sumac that could be used for food storage, eating, and cooking. Nde burden baskets are beautiful, decorated with devil’s claw and yucca, as well as buckskin fringes. They were woven and worn by women.

Connected to the Land

The Apache people developed an intimate relationship with their environment. They relied on nature for their food, clothing and shelter. Apache children learned the different plants and animals and their uses as they worked alongside their mothers. At about age seven or eight the boys were separated from the girls to learn different skills.The girls continued to work with and learn from their mothers and other women. Basket weaving required that they become versed in the different reeds and grasses, as well as plants used for dyes and paints. Plants were of utmost importance for medicinal uses. Many young women would go onto become herbalists and healers.

Boys, on the other hand, started learning how to hunt and become warriors at age eight. They were required to identify plants, learn the habits and characteristics of animals, and study the cycles of nature. Often, they were required to observe nature or stalk animals for hours. Becoming a warrior also meant that they needed to become masters of hiding and escape, for which an intimate knowledge of the local geography was needed, so much so that they learned the location and names for specific trees, rocks, caves and geographical landscapes.

There are many culturally related and federally recognized Nde tribes in the United States today.

While all of these tribes share linguistic and cultural roots, they are politically and geographically distinct. The Nde Nations speak several languages and now have unique cultures.

Various traditions have remained the same in Nde society for hundreds of years. Some of these cultural features include the young women’s coming of age ceremony known as nah ih es, or the Sunrise Ceremony, and the infamous crown dancing ceremonies, which are used to commemorate important life events and for social events. Other parts of contemporary Nde society have changed and grown to incorporate parts of American culture, like Christianity.

Today, many Nde people celebrate long-held traditions of their ancestors. Nde people are highly respected. They preserve the traditions, culture, customs, and values and morals of their tribes and communities. They also participate in farming, ranching, and service and tourism activities. One of the largest sources of revenue for many Nde Nations are casinos, which provide many jobs.

At Tumacácori, you are most likely to enjoy Apache culture at the annual Fiesta, where the crown dancers are a perennial favorite. Crown dancing is used for social dancing, healing, and to commemortate important life events.

The four black-masked dancers represent the four directions. The fifth dancer is the clown, who protects the others by driving away evil spirits. Symbols are chosen by each dancer to adorn their headpiece, usually referring to forces of nature. Only men are allowed to train to dance.

A project through the Tribal Heritage Grant Program, which assists Indian Tribes, Alaska Native Villages/Corporations, and Native Hawaiian Organizations in protecting and promoting their cultural heritage and traditions, funded oral history projects with the Jicarilla and Mescalero Apache Tribes in 2018.

Previous: Native Peoples of the Sonoran Desert: The Yoeme