Scouts and Shovels: “Crashing the Gates” with Bertha Dutton 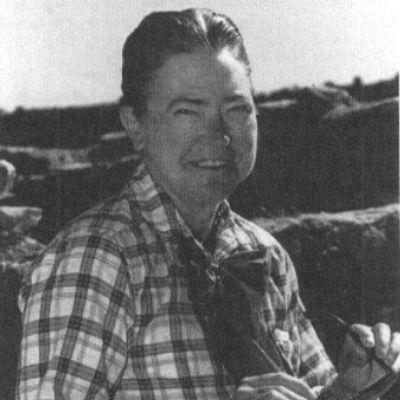 Who was Bertha Dutton? What were her methods to study and preserve archeological resources? Why is her legacy important to both women’s history and archeological preservation?

This lesson plan and activities are available in Spanish.

In the last two centuries, societal gender biases have proved challenging for American women. Around the turn of the 20th century, this was especially true for women seeking to enter the traditionally male-dominated field of archeology. Those that did often had their work become overshadowed by that of their male counterparts. This lesson plan focuses on Bertha Dutton, one of the early pioneers who cracked the traditional “women’s work” ideology and paved the way for future female scholars by becoming a successful archeologist in her own right. She and the other two women featured in this lesson plan series made important contributions to the field of archeology and their original methods are still used today.

“Crashing the Gates” is a series of lesson plans about three of the earliest female archeologists who worked with the National Park Service: Ann Axtell Morris, Florence Hawley Ellis, and Bertha Dutton. The lessons within this series accomplish three goals. First, they contribute to the wider theme of women’s history by noting the difficulties these three and other 19th- and 20th-century women faced when choosing a career path. Second, they promote the National Park Service mission of resource management and education by teaching about women’s lasting impacts on cultural resource preservation and public education. Third, through activities based on archeological methodologies, they enhance students’ own analytical skillsets. After completing these lessons, students will have learned who these three women were, applied some of their techniques, and gained understanding about why their work was so important. These lessons can be completed as a series or stand-alone lessons.

Students will need pencils or pens and scrap paper.

Step 1: Provide each student with a printed copy of the file, "Bertha Dutton Student Handout."

Step 2: Have students read the provided background information about traditional 19th- and 20th-century women’s roles, archeology as a field, and Bertha Dutton and her methods either out loud or silently. After each section, talk with the students about the main points.

Step 3: Have the students complete the activities focusing on archeological methods. Review their answers as a group.

Archeology: the study of people within the past

Artifact: an object made and used by people within the past

Context: where an object was found in the ground including depth and surrounding objects

Feature: as opposed to portable artifacts, these are the non-portable parts of an archeological site such as walls, hearths, or trash pits

Teachers can ask students to read the text out loud. After each section, teachers can review the main points with the students.

Ask students to research one of the following women and write their own short biography of them:

Explore other lesson plans in the "Crashing the Gates" series:

Art and Archeology: “Crashing the Gates” with Ann Axtell Morris

Middens and Math: “Crashing the Gates” with Florence Hawley Ellis