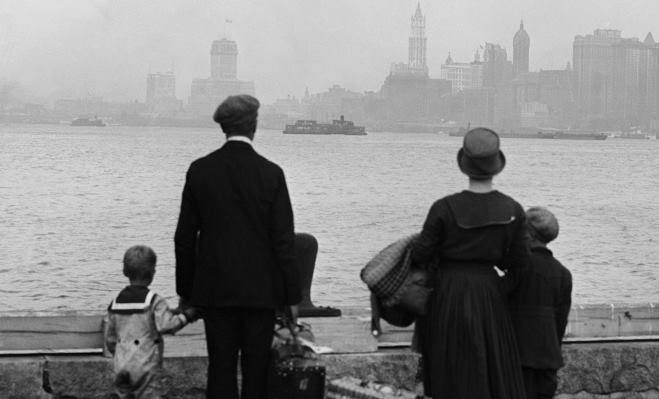 Grade Level:
High School: Ninth Grade through Twelfth Grade
Subject:
Literacy and Language Arts,Social Studies
Lesson Duration:
30 Minutes
State Standards:
Intermediate:
Standard 1: 1A
Standard 2: 1A, 1E
Standard 3: 1A, 1B, 1C, 1D
Standard 5: 1A, 1C, 1D
Thinking Skills:
Remembering: Recalling or recognizing information ideas, and principles. Understanding: Understand the main idea of material heard, viewed, or read. Interpret or summarize the ideas in own words. Applying: Apply an abstract idea in a concrete situation to solve a problem or relate it to a prior experience. Analyzing: Break down a concept or idea into parts and show the relationships among the parts. Creating: Bring together parts (elements, compounds) of knowledge to form a whole and build relationships for NEW situations. Evaluating: Make informed judgements about the value of ideas or materials. Use standards and criteria to support opinions and views.

There are many reasons why people are pushed permanently out of an area where they live. Other opportunities, often related to economic in nature, draw people to immigrate to a new country.  Students will work in teams and discuss why people may have migrated to a new home in the past, and compare it to immigration of today.

Push and Pull Factors: Why people came to America.

In the mid-1800’s, a large number of immigrants crossed the Atlantic Ocean to begin a new life in America from Europe. More than 3 million of these immigrants arrived from Ireland and Germany. Many of them were fleeing economic or political troubles in their native countries.

Most immigrants arriving between the years of 1840 and 1860 were Irish. At that time, a disease called potato blight caused potatoes to rot. Consequently, many families in Ireland were left with little to no food. More than a million Irish died of starvation and disease. Those that had some money in savings often fled to the United States. Most Irish immigrants were poor. Cities in Massachusetts, New Jersey, and Pennsylvania received the majority of these immigrants. The Irish generally lacked job skills outside of agriculture; which resulted in them being hired as laborers to build canals and railroads. Irish women often worked as domestic servants for wealthy families; laboring 16 or more hours per day. In 1849, a Boston health committee reported that low wages forced most Irish immigrants to live in poor undesired housing. Still, many immigrants enjoyed their new feeling of equality.

During this time period, technology was developing rapidly. The Industrial Revolution had begun. Larger faster steamships brought people to America by the thousands. Railroads grew and expanded. People could travel quickly and efficiently. Factories were built to produce many new products only recently invented.

With the rise of American industry, growth of the railroad system created thousands of jobs both in factories and in the construction trade.

Objectives:
• Identify reasons why immigrants of the early 20th century and today left their countries and came to the United States.
• Compare and contrast immigration issues throughout history.
• Students will evaluate their own potential immigration to a new country, and provide reasons why this migration could be beneficial.
• Answer and discuss questions about immigration in terms of their own community.
• Explain immigration in terms of push and pull factors.
• Relate immigration patterns to economic, political, social, and environmental factors.
• Research an individual who has migrated to their community, and write a report about that person's background and motivation for making their migration.

Ask students if they have ever lived somewhere else. Determine if they remember moving, and if so, how they felt during and after their move to that new home (excited, sad, afraid, happy, bored). Have students share the reason (if they know, or want to share) why their family moved to their current home. Poll students and record the results. How many have lived in more than one place? How many have lived in a different city, state, or country?

Ask students to think about a place they might like to move to when they are older. Have students brainstorm a list of reasons why they think they would like to move there. Then discuss why they chose that location. What would be the downside of moving? Create a T-chart on the board and have them record the pros and cons of moving to a new location.

Mini-lesson: (5 minutes) For immigrants, some factors pushed them from their country, while other factors pulled them towards America. Often when discussing immigration, you will find there are many reasons for immigration to happen. There are always "push" factors that encourage and motivate people to leave the place they live. This maybe a place where their family has lived for centuries. At the same time, "pull" factors draw people to leave everything they have ever known in search of something better. That was certainly the case when thinking about the mass migration of people from Germany & Ireland in the mid 1800’s.

Task: (25 minutes) Students will read about the causes of immigration during the late 19th century, and compare it to immigration stories today. They will work with a partner and identify the similarities and differences. Have them explain the reasons that support their answers. Students will identify Push & Pull factors of immigration by creating a T-chart and filling it out accordingly. Teachers will have students write their answers on the board.

Have the students write two paragraphs comparing and contrasting the reasons for Irish and German immigration in the mid 19th century.
OR
Write a journal entry from the perspective of an Irish immigrant on his/her way to the United States. What are your reasons for migrating? Describe your fears and expectations for your new life.