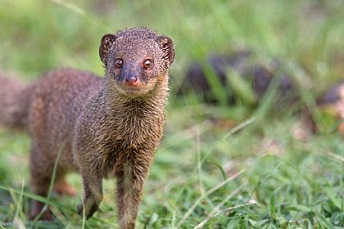 2-LS4-1
Thinking Skills:
Understanding: Understand the main idea of material heard, viewed, or read. Interpret or summarize the ideas in own words. Analyzing: Break down a concept or idea into parts and show the relationships among the parts. Evaluating: Make informed judgements about the value of ideas or materials. Use standards and criteria to support opinions and views.

What is an organism’s job in its habitat?

What is the difference between native and non-native species?

At the end of this lesson, the students will be able to:

1. Determine an organism’s job in its habitat and describe how they depend on each other.

2. Understand the difference between native and non-native species.

3. Determine how Haleakalā National Park protects special native habitats and how the students can help protect them too.

Invasive species can be plants, animals, insects, or microorganisms, such as bacteria, fungi, and diseases. Invasive species affect every habitat in the Hawaiian Islands, from the regions deep underwater to the summit of the tallest mountains. Biologists consider invasive species the number one threat to native Hawaiian habitats.

Currently, invasive species in Hawai‘i are managed by a number of state, federal, and private agencies. Organizations such as the National Park Service, the U.S. Department of Agriculture, the Hawai‘i Department of Land and Natural Resources, The Nature Conservancy, and the invasive species committees and watershed partnerships on each island make it their mission to prevent harmful alien species from spreading throughout the Islands.

Students will create an invasive species poster about one of the species on the list. Their posters should include the following:

Share posters and discuss the negative impact invasive species have on native species and their habitats. Journal the following questions:

Native: Plants and animals that got to Hawai’i by themselves, without the help of people.

Non-native: Plants and animals that are brought to an area by people, either on purpose or accidently.