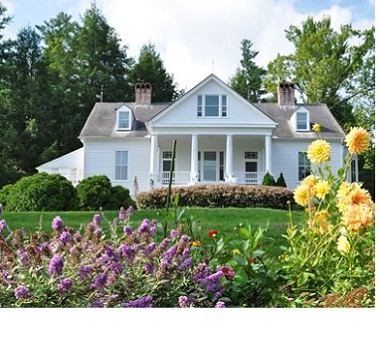 Grade Level:
Lower Elementary: Pre-Kindergarten through Second Grade
Subject:
Literacy and Language Arts,Social Studies
Lesson Duration:
30 Minutes
Thinking Skills:
Understanding: Understand the main idea of material heard, viewed, or read. Interpret or summarize the ideas in own words. Analyzing: Break down a concept or idea into parts and show the relationships among the parts. Evaluating: Make informed judgements about the value of ideas or materials. Use standards and criteria to support opinions and views.

What can you learn about Carl Sandburg based on the objects he had in his home?

Carl Sandburg spent the last 22 years of his life at Connemara Farms in Flat Rock, NC.
This home is filled with all the objects the Sandburg family used and cherished during their time here. Each of these objects reveal clues about the family.

The purpose of this lesson is for students to watch a video to learn about Connemara. Students will analyze objects found in the home and explain what they learn about Carl Sandburg based on the objects that he collected in his home.


Procedure (In Person Learning)
Activating Strategy
Show students the Carl Sandburg’s Connemara PowerPoint. Prompt students’ interest by encouraging students to make a connection with the essential question by asking a question (slide 2). “What does this object tell you about your teacher?” Allow time for students to share responses.


Summarizing Strategy
Students will write to explain what they learn about Carl Sandburg based on an important object in his home.