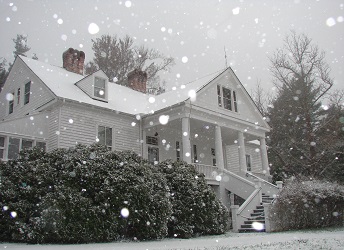 Grade Level:
High School: Ninth Grade through Twelfth Grade
Subject:
Literacy and Language Arts,Social Studies
Lesson Duration:
60 Minutes
Thinking Skills:
Understanding: Understand the main idea of material heard, viewed, or read. Interpret or summarize the ideas in own words. Analyzing: Break down a concept or idea into parts and show the relationships among the parts. Evaluating: Make informed judgements about the value of ideas or materials. Use standards and criteria to support opinions and views.

What inferences can you make about Carl Sandburg based on the objects he had in his home?

• Student will propel conversations by posing and responding to questions that relate current discussions to broader themes.
• Student will respond thoughtfully to diverse perspectives and make new connections based on evidence and reasoning presented.
• Student will analyze how conflict and compromise have shaped politics, economics, and culture in the United States.

Carl Sandburg provided a popular voice for the American people of the twentieth century and still speaks to us through his words, activism, music and the beauty and serenity of Carl Sandburg Home National Historic Site. The home is like a time capsule of the 1950’s, and the family belongings and memorabilia give us insights into their daily lives.

The purpose of this lesson is for students to take a virtual tour of Connemara, the home where Carl Sandburg spent the last 22 years of his life.   Students will analyze objects found in the home and make inferences about Carl Sandburg based on the objects that he collected in his home.

Upload the "Carl Sandburg's Connemara" powerpoint to google slides to push out to students virtually, or use in the classroom.

This Power Point file can be uploaded to Google Classroom as a Google Slide for use with digital learning.

Activating Strategy
Show students the Carl Sandburg’s Connemara PowerPoint. Prompt students’ interest by encouraging students to make a connection with the essential question by asking a question (slide 2). “If you were to pick just one object to describe you what would it be?” Allow time for students to share responses.