World War II permeated every aspect of American life and resulted in a large migration of people within the United States. Individuals and families relocated to industrial centers for good paying war jobs and out of a sense of patriotic duty. Many industrial centers became “boom towns," growing at phenomenal rates. Workers from around the nation had to intermingle with each other and overcome differences in order to meet war demands, forever changing the cultural landscape of the United States.

In order to recognize the historic importance of the United States’ involvement in World War II, the Secretary of the Interior may designate up to one city from each state and territory as an American World War II Heritage City. 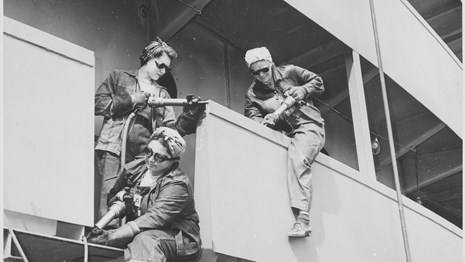 Instructions for submitting nominations for cities or other local jurisdictions to be named an American WWII Heritage City. 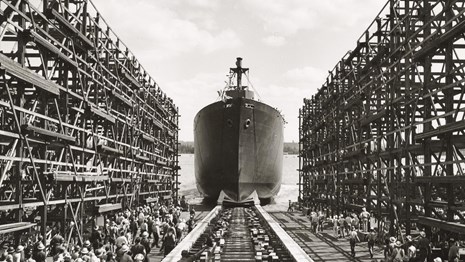