The history of the United States traditionally has been told from east to west. The designation of El Camino Real de Tierra Adentro as a National Historic Trail in 2000 recognizes another path, a bi-national trail, three-quarters of which winds through the central highlands of Mexico. El Camino Real tracks a different European settlement story of the U.S., one that emphasizes the shared history and heritage of Spain, Mexico and the American Southwest. The trail’s 16th-century origins pre-date both Jamestown and Plymouth Rock, while its historic faces, places and three-century legacy as a multi-ethnic point of cultural connection and exchange offer new touchstones of American history. Today, both Mexico and the United States honor and preserve the international legacy of El Camino Real. El Camino Real de Tierra Adentro National Historic Trail is co-administered by the National Park Service and the Bureau of Land Management. The National Park Service preserves historic places and stories of America’s diverse cultural heritage and expands and maintains the National Register of Historic Places. 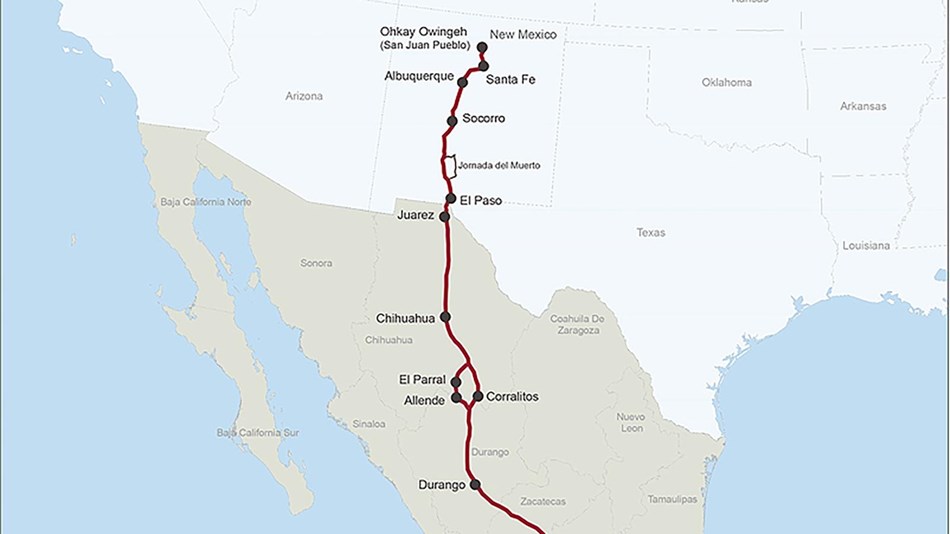 Travel a complicated legacy of 300 years of conflict, cooperation, and cultural exchange between a variety of empires and cultures.