Permafrost is permanently frozen ground that underlies much of the landscape in the Arctic. It affects nearly everything in the Arctic ecosystem, including soils, vegetation, water, and wildlife. During summer months, the top layer of soil thaws creating a wet landscape with rapid runoff. The striking quilt-like pattern of permafrost landscapes is caused by the build-up and thawing of ice in the ground, which produces pits, ponds, and landslides. Annual permafrost thaw is normal, but thawing is expected to increase with climate change. The National Park Service is monitoring permafrost and the land dynamics associated with permafrost thaw to better understand the changes and the effects on the landscape.

Active Layer
in areas with permafrost, the top portion of the soil that thaws and refreezes each year

Ice Wedge
polygon-like pattern on the landscape associated with permafrost caused by repeated cycles of melting, freezing, and cracking

Pingo
an earth-covered mound of ice, which creates topography and provides habitat for arctic foxes

Hydrology
the study of the location, movement, and quality of water on earth; heavily influenced by permafrost in Arctic systems

Erosion
the transport of soil and rock from the earth's surface by wind or water; a significant effect of permafrost thaw 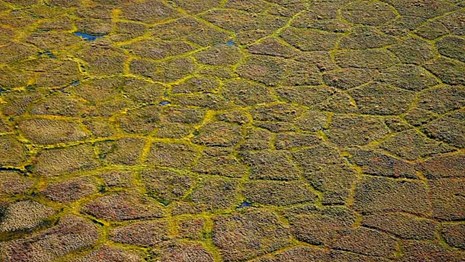 Permafrost underlies most of the Arctic Network and affects nearly everything, from soils and vegetation to water and wildlife. 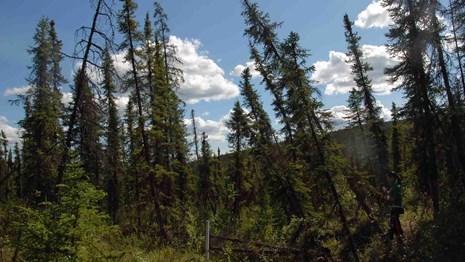 The Central Alaska Network monitors permafrost to track changes over time, focusing on the thermal and physical state of permafrost.