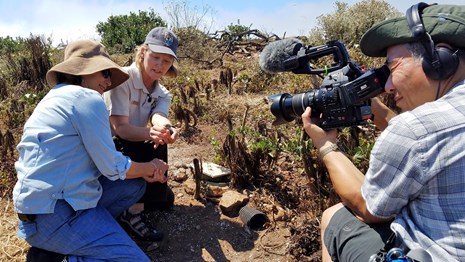 Learn how to contact us via snail mail, email, or phone. 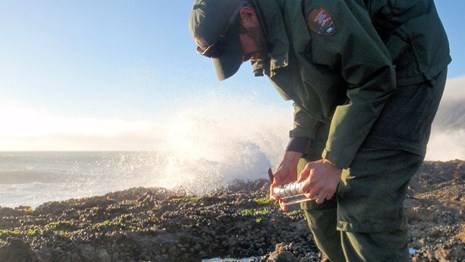 Scientists work largely behind the scenes in our national parks. Who are they and what are their jobs like? We interviewed them to find out!

Keith Lombardo is a Coastal Ecologist and the Director of the Southern California Research Learning Center (SCRLC). He previously served as the Chief of Natural Resource Management & Science at Cabrillo National Monument, where he administered a diverse suite of monitoring and scientific programs.

In his role with Cabrillo National Monument, Keith managed the long term monitoring of protected intertidal habitat, avian and herpetofauna species and rare native plant communities. Under his guidance, the park expanded its role in monitoring ocean acidification, in understanding pollinator and plant interactions and in protecting rare coastal plants.

In his new role as Director of the SCRLC he is charged with facilitating cross-cutting partnerships, engaging the public in scientific exploration and communicating the science that supports our stewardship of three uniquely southern Californian National Parks (Cabrillo National Monument, Santa Monica Mountains National Recreation Area, and Channel Islands National Park).

Keith’s vision is to allow the SCRLC to grow organically within each of the three parks so as to serve their unique needs while simultaneously developing a common voice that shares the stories of our resources and those who protect them.