Because of its role as an indicator species for forest ecosystems, the northern spotted owl (Strix occidentalis caurina) has become one of the best-studied owls in the world. It has been listed as a threatened species since 1990, and populations continue to decline rangewide as a result of habitat loss. Competition with other non-native species such as the larger, more aggressive barred owl (Strix varia) has become the other greatest threat to the species.

Spotted owls do not build their own nests. Instead, they rely on tree cavities or broken tree tops, abandoned raptor nests, and accumulated debris. While these nesting materials are all commonly found in the mature trees of old growth forests, this habitat has been heavily affected by clear-cut logging in the Pacific Northwest. Although the protected forests in Marin County are not as widely threatened by logging, they are under continual pressure from urban development, intense recreational use, and habitat change from diseases such as Sudden Oak Death. Despite these pressures, the northern spotted owl is still found throughout Marin County at Point Reyes National Seashore, Golden Gate National Recreational Area, and Muir Woods National Monument. 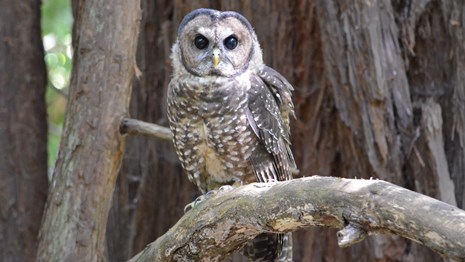 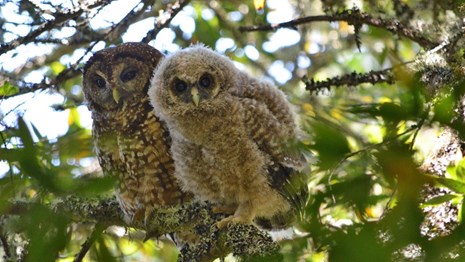 Get the latest on northern spotted owls from the Bay Area Nature & Science Blog. 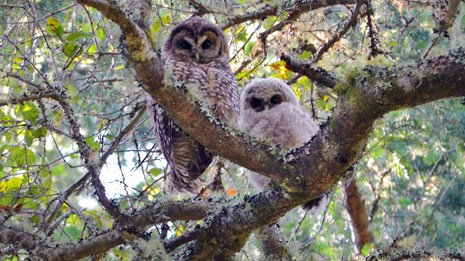 Get a closer look at northern spotted owls in the San Francisco Bay Area. 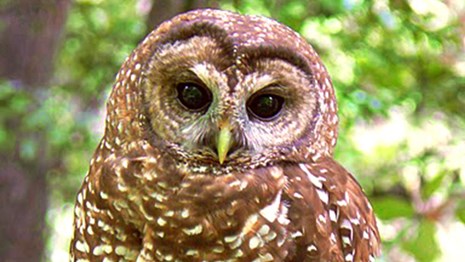 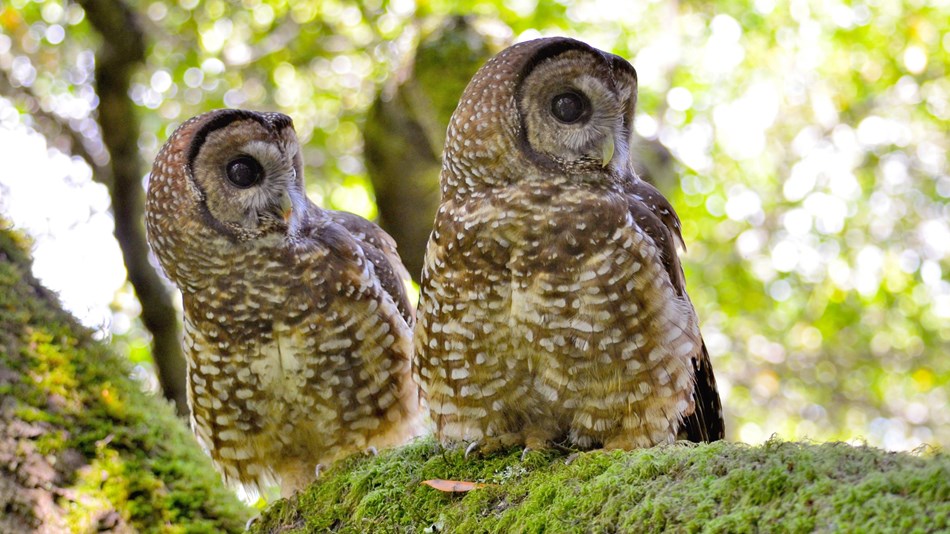