Harbor seals (Phoca vitulina richardii) are one of six pinniped species found in the San Francisco Bay Area. Unlike elephant seals, harbor seals are present year-round. Their population provides valuable insights into the condition of marine and coastal ecosystems. Boasting an estimated 7,000 individuals, the harbor seal population in Point Reyes National Seashore is the largest concentration in the State of California. However, their abundance and distribution can be affected by disease, changes in food supply, disturbance to haul-out sites by commercial and recreational use, and environmental changes such as rising sea levels. 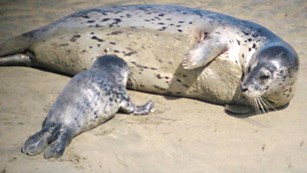 Discover more about the amazing lives of harbor seals, which can be seen year round along the Bay Area coast. 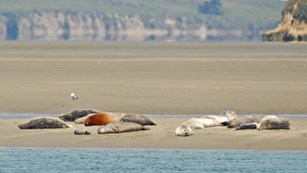 Get the latest on harbor seals from the Bay Area Nature & Science Blog. 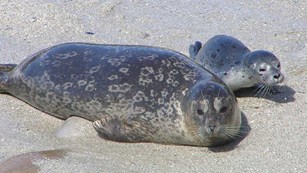 Want to know more? This is your source for further information on harbor seals in the San Francisco Bay Area.

Harbor seals have been monitored at Point Reyes National Seashore and Golden Gate Recreation Area for over 30 years, often with the help of dedicated volunteers. Currently, the San Francisco Bay Area Network Inventory and Monitoring Program conducts surveys once to twice per week throughout the breeding and molting seasons to gather data on numbers of adults and pups, dead pups, red-colored seals, and fresh shark-bitten seals, as well as sources of disturbance. 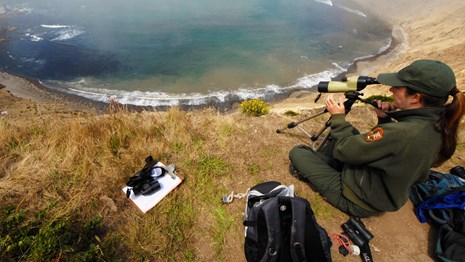 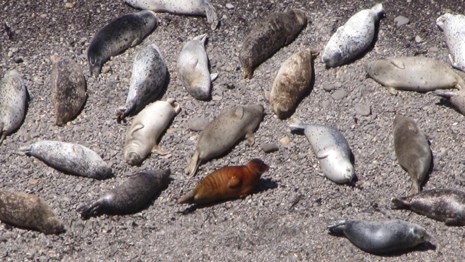 Keep up with the latest numbers as the National Park Service monitors harbor seals during their breeding and molting seasons.