The Columbian black-tailed deer (Odocoileus hemionus columbianus) has a geographic range that spans from southern British Columbia to Santa Barbara County in California, and as far east as the Cascade and Southern Sierra Nevada Mountains. The species is commonly found throughout Point Reyes National Seashore, in the forests of Muir Woods, as well as coastal scrub and agricultural fields throughout the region. Black-tailed deer are considered a “keystone” species in the native California coastal ecosystem because fluctuations in their population numbers have the potential for repercussions throughout the ecosystem. 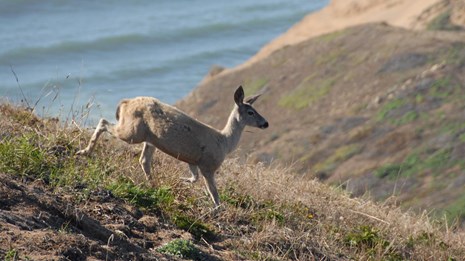 Take a peek at black-tailed deer in the San Francisco Bay Area. 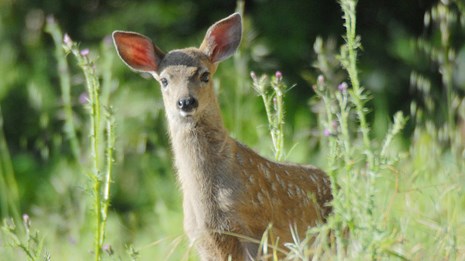 Want to know more? Find further sources of information on black-tailed deer in the San Francisco Bay Area and beyond.