Emma Tenayuca was a Mexican American labor organizer and civil rights activist. She led a wave of strikes by women workers in Texas in the 1930s. During this time, the Great Depression had led to terrible hardship for many Americans. New Deal laws expanded the rights of workers to organize unions and demand better conditions. But it was leaders like Tenayuca who brought people together to fight for changes in their lives. Her actions empowered her community and inspired workers across the country.

Think about a time when you have found strength in numbers. How have you worked with others to solve a problem?

Emma Tenayuca was born into a large Catholic family in San Antonio on December 21, 1916. She lived with her grandparents as a child. The family traced their roots to Native American and Spanish ancestors in Texas and Mexico. Tenayuca’s grandfather, Francisco Zepeda, passed on a strong sense of Mexican identity and a concern for social justice to his granddaughter. On Sundays, they would often visit the Plaza del Zacate in San Antonio’s Milam Park.[1] They listened to soapbox speakers discuss religion, labor rights, and politics, and kept up to date on the latest news of the Mexican Revolution.

At Brackenridge High School, Tenayuca was a star scholar, a talented athlete, and soon a political activist. In 1933, she decided to join a strike of women workers at the H.W. Finck Cigar Company. She watched police beat up striking workers before being arrested herself. The experience made a deep impression. So did the poverty and desperation brought on by the Great Depression. In her 70s, Tenayuca told an interviewer that the goal of her activism wasn't a certain ideology or an abstract concept, but simply: “Food! Food.”

After graduation, Tenayuca took a job as an elevator operator at the Gunter Hotel.[2] She collaborated with other female activists to organize women workers across San Antonio. At first, Tenayuca worked with more moderate organizations and unions like the League of United Latin American Citizens (LULAC) and the International Ladies’ Garment Workers’ Union (ILGWU). But she grew frustrated with these groups. She believed that they neglected the most marginalized people in her Tejano community. Her politics became more radical. She organized left-leaning Texas groups into a coalition called the Workers Alliance, and later became affiliated with the Communist Party.

Tenayuca led strikes, walkouts, and protests to respond to issues that particularly affected Mexican Americans. They faced discrimination in the New Deal jobs and aid programs that were supposed to help workers recover from the Depression. The police targeted them for violence and illegal deportations. In San Antonio, the Mexican neighborhoods on the West Side were basically slums: neglected by the city government and suffering from horrible sanitation, housing, and infrastructure.

Tenayuca’s greatest fame came in 1938, when she led a huge strike by pecan shellers in San Antonio, the largest in the city’s history. Pecan production was a large industry in the city. Pecan companies could get away with paying desperate workers just pennies for the dirty, difficult work. This changed on January 31, 1938, when hundreds of pecan shellers walked off their jobs at the Delicious Pecan Company in protest of management’s plan to lower wages even further.

These workers, mostly women, elected Tenayuca their leader. The strike grew to include 12,000 workers and lasted for three months. San Antonio’s mayor sent the police out with tear gas and clubs to break up picket lines and arrest strikers, but they did not back down. Tenayuca’s passionate speeches brought national attention to the strike.

But her ties to the Communist Party also made her a target. Union officials feared that her politics would turn public opinion against the strikers, and they removed her as strike leader. The loss of the official title didn’t stop her. She remained out on the picket lines, giving speeches and writing pamphlets in support of the workers. 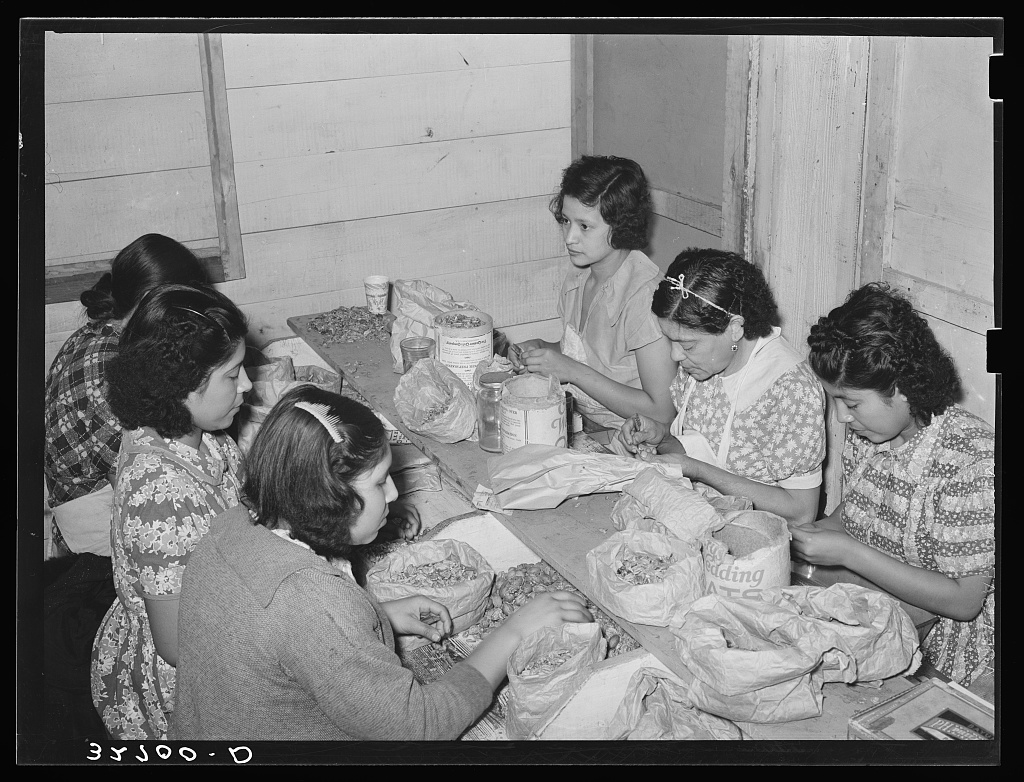 The action ended in a compromise, but the pecan shellers saw their jobs replaced by mechanization over the next several years. However, the strike did reverberate into San Antonio’s politics. Former Representative Maury Maverick supported the strikers. In 1939, he launched a campaign for mayor with the support of Mexican American voters. He won, demonstrating the political power of this group.[3]

Meanwhile, Tenayuca continued her political activities, which sometimes proved dangerous. In 1939, police had to hustle her out of the San Antonio Municipal Auditorium via an underground tunnel when angry protestors stormed a Communist Party rally there.[4] Death threats forced her to leave San Antonio soon after.

After leaving San Antonio, Tenayuca lived in Houston and then San Francisco for several years. She divorced her husband, fellow Texas Communist Homer Brooks, in the early 1940s. Becoming disillusioned with the Communist Party, she left it in 1946.

In California, Tenayuca became a teacher. Her son, Francisco Tenayuca Adams, was born in 1952. She returned to her hometown of San Antonio in the late 1960s. Scholars and activists in the Chicano and women's liberation movements rediscovered her life and work. She was inducted into the San Antonio Women’s Hall of Fame in 1991, and she died in 1999 at the age of 82.