The Tourism Program of the National Park Service coordinates domestic and international engagement with the travel and tourism sector. By participating in industry conferences and meetings, sharing policy updates and news, and providing on-line resources and information for the travel trade, the National Park Service maintains constructive dialogue and engagement with the travel industry. The program also provides NPS staff and partners with data, trends, news, and analysis regarding travel and tourism in order to support collaborative tourism management and planning throughout the agency. The Tourism Program coordinates with a range of NPS offices that engage with tourism management, including park planning, commercial services, interpretation, and more.

The NPS Tourism Program supports collaborative management of responsible tourism throughout the agency and across the park system. This includes engaging with tourism issues such as tribal tourism, diversity in travel, and accessible travel. Tourism management in the National Park Service is guided by the policy document Directors Order #17 - Tourism.

Responsible tourism minimizes negative impacts on communities, the environment and economies while supporting community vitality, conservation and stewardship. It also provides high-quality experiences that engage visitors and have a lasting personal impact. Responsible tourism requires careful planning and collaboration among communities, the private sector, government agencies, and travelers themselves. The National Park Service works with the travel sector, including local tourism offices and the private sector, to develop and manage responsible tourism.

Overview
Tourism has had a significant impact on the national parks since the establishment of Yellowstone in 1872. Tourism interests, including railroad companies and hoteliers, played important advocacy roles supporting the designations of many parks in the late 1800s and early 1900s. Today the national parks are key motivators for tourism within and to the United States.

Tourism management within the National Park Service has taken different approaches over the years depending on the priorities of NPS leadership, the availability of resources, and the perceived needs of the agency. Most aspects of tourism management are addressed in the various planning processes used by the National Park Service to manage park resources and visitor experiences, such as transportation plans, site management plans, concessions plans, and interpretation plans.

The presence of a central NPS tourism office has come and gone over the years since the establishment of the National Park Service in 1916. In the early days of the agency, Stephen Mather and Horace Albright (the first and second directors of the National Park Service) believed that the public needed to be enticed to visit the national parks and experience them first hand in order to understand and support their values and importance. Thus early centralized tourism functions focused on public engagement to promote parks and provide trip planning information. Later iterations of a central tourism office in the 1960s and 1970s similarly focused on public information and outreach. In the 21st century, as the volume of global tourism has expanded significantly and tourism management has become more complex, the NPS tourism office has evolved to focus on tourism industry engagement and supporting collaborative tourism management with community partners.

Pre-1916
Before the National Park Service was established in 1916, tourism to national parks was promoted and facilitated by various private businesses, most notably the railroad companies that would arrange transportation, lodging, and excursions for travelers to early national parks like Yellowstone, Glacier, and Grand Canyon.

1916 – 1949
Over the three decades following the establishment of the National Park Service in 1916, the agency focused tourism-related functions on raising awareness of and promoting visitation to the parks, and several iterations of a centrally managed tourism office were established. These were the first efforts of the federal government to promote tourism to and within the United States.

Writer, conservationist, and wilderness advocate Robert Sterling Yard could be thought of as the first tourism director of the National Park Service. In 1915, Yard, then a journalist and publisher in New York City, was invited to Washington, DC by his close friend Stephen Mather to help advocate for the creation of the National Park Service. Following the establishment of the agency in August 1916, Yard oversaw the National Parks Educational Committee and worked to promote the park system to the nation, encouraging visitation and tourism. Yard wrote and managed the production of the first book of photography of national parks, National Parks Portfolio, published in 1916. There would be five more editions published over 15 years, and the popular books were as influential and inspirational then as today’s lavish coffee table books and social media feeds.

When the country entered World War 1 in 1917, the administration of President Woodrow Wilson decided to keep the parks open during the war to provide places of relaxation and rejuvenation for soldiers and a war-weary public. At the same time, the US railroad industry, which to that point had largely handled promotion of the national parks, was nationalized for the war effort. To ensure continued public awareness and access, NPS Director Stephen Mather supported the establishment of a tourist bureau within the new U.S. Railroad Administration.

The resulting Western Lines Bureau of Service, National Parks and Monuments (usually abbreviated as the Bureau of Service) began operations in June 1918. Over the next 20 months, the office printed and distributed booklets, presented lectures and photographs, placed advertisements in magazines and newspapers, stationed clerks in railway stations in major cities, and responded to written inquiries via post. The office was the first official tourist bureau of the United States. The Railroad Administration, including the Bureau, was shuttered in 1920 following the end of the war.

Booklets Descriptive of National Parks and National Monuments – Designed by the Bureau of Service in collaboration with the National Park Service and distributed in 1919.

In 1937, the U.S. Travel Bureau (briefly called at first the U.S. Tourist Bureau) was established by Secretary of the Interior Harold Ickes and placed within the National Park Service. Similar to the previous office, the Bureau conducted public outreach and marketing to promote the parks, providing trip planning resources, printing and distributing brochures, and giving presentations about the parks in public forums. The Bureau sponsored an exhibition at the New York World’s Fair, printed a calendar of events and monthly newsletter, and used film, radio, and lectures to promote travel. It also contributed to the production of the “The Negro Motorist Green-Book” and staffed public information offices in New York City, San Francisco, and Washington, DC.

In 1940, Congress officially established the U.S. Travel Bureau as an independent office within the Department of the Interior, and its staff carried on with promotional activities. Chiefs of these early travel bureaus included N.A. Loomis and W.B. MacNamee. Though operating with a modest annual budget around $75,000, the Bureau was shuttered in 1943 due to lack of funds as the federal government directed all of its resources towards the war effort.

The legacy of the U.S. Travel Bureau is most visible today in a series of influential posters created by artists employed by the Works Progress Administration. These iconic posters, some created specifically for the Travel Bureau and some for the National Park Service but distributed by the Bureau, beautifully depicted famous parks, encouraging the public to visit and to help protect wildlife. Variations and re-creations of these designs are popular today.

The U.S. Travel Bureau was re-established briefly within the National Park Service in 1948 and renamed the “U.S. Travel Division” but was shuttered again the following year due to lack of funds.

1950 – 1980
In 1968, almost twenty years after the close of the U.S. Travel Division in 1949, a Tourism Division was established in the National Park Service under the guidance of Robert Standish, later the NPS Chief of Information. The office was renamed the Travel Division in 1969 and overseen by Jean Henderer beginning in 1970 under the Assistant Director for Travel and Information Services. The office was shuttered by 1971. Although there is little documentation available of the office’s activities during this period, its organizational position adjacent to information and publications offices suggests the focus was on providing promotional and trip planning information to the public and the travel industry.

1981 – Present
In the early 1980s, NPS Chief of Public Affairs Priscilla Baker re-established the tourism function and assumed the title of NPS Tourism Director. Over the next decade, Ms. Baker served a liaison function with the growing travel media sector and increasingly with park tourism stakeholders, including chambers of commerce and the private sector. Under Ms. Baker, the focus of the tourism office began to shift away from providing information to the general public, a role assumed by NPS public affairs staff and eventually augmented by the internet, towards engagement specifically with the travel industry.

America's national parks are more popular than ever, receiving over 318 million recreation visits in 2018. 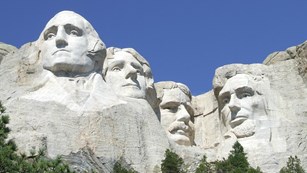 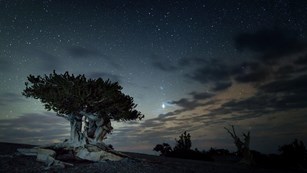 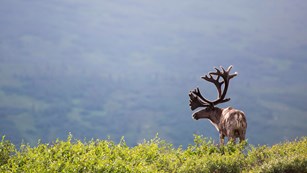 Get in touch with the National Tourism Program!