Today, as in the past, many Alaskans live off the land, relying on fish, wildlife and other wild resources. Alaska Native people have used these subsistence resources for food, shelter, clothing, transportation, handicrafts and trade for thousands of years. Subsistence, and all it entails, is critical to sustaining both the physical and spiritual culture of Alaska Native peoples. It is an important tradition for many non-Native people as well.

When the first Europeans visited Alaska’s shores during the 1740s, all the local residents they met were engaged in a subsistence way of life. As the population grew through the territorial days, many new and conflicting demands were made on Alaska’s natural and cultural resources. Development in various forms, such as harvesting marine and inland furbearers, commercial fisheries, mining operations, agriculture, development of military bases, along with establishment of cities and towns often impacted local resources and subsistence activities. By the time Alaska gained statehood in 1959, subsistence patterns in some of Alaska’s more populated areas had been greatly affected.

Learn more about the history and culture of subsistence in Alaska’s National Parks by visiting Promises to Keep. 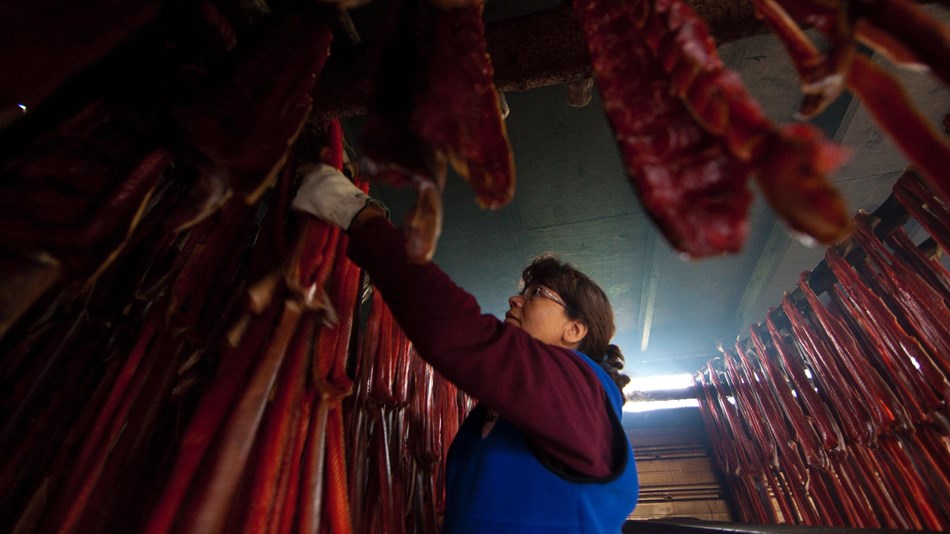 Learn more about the history and culture of subsistence in Alaska's national parks and monuments.