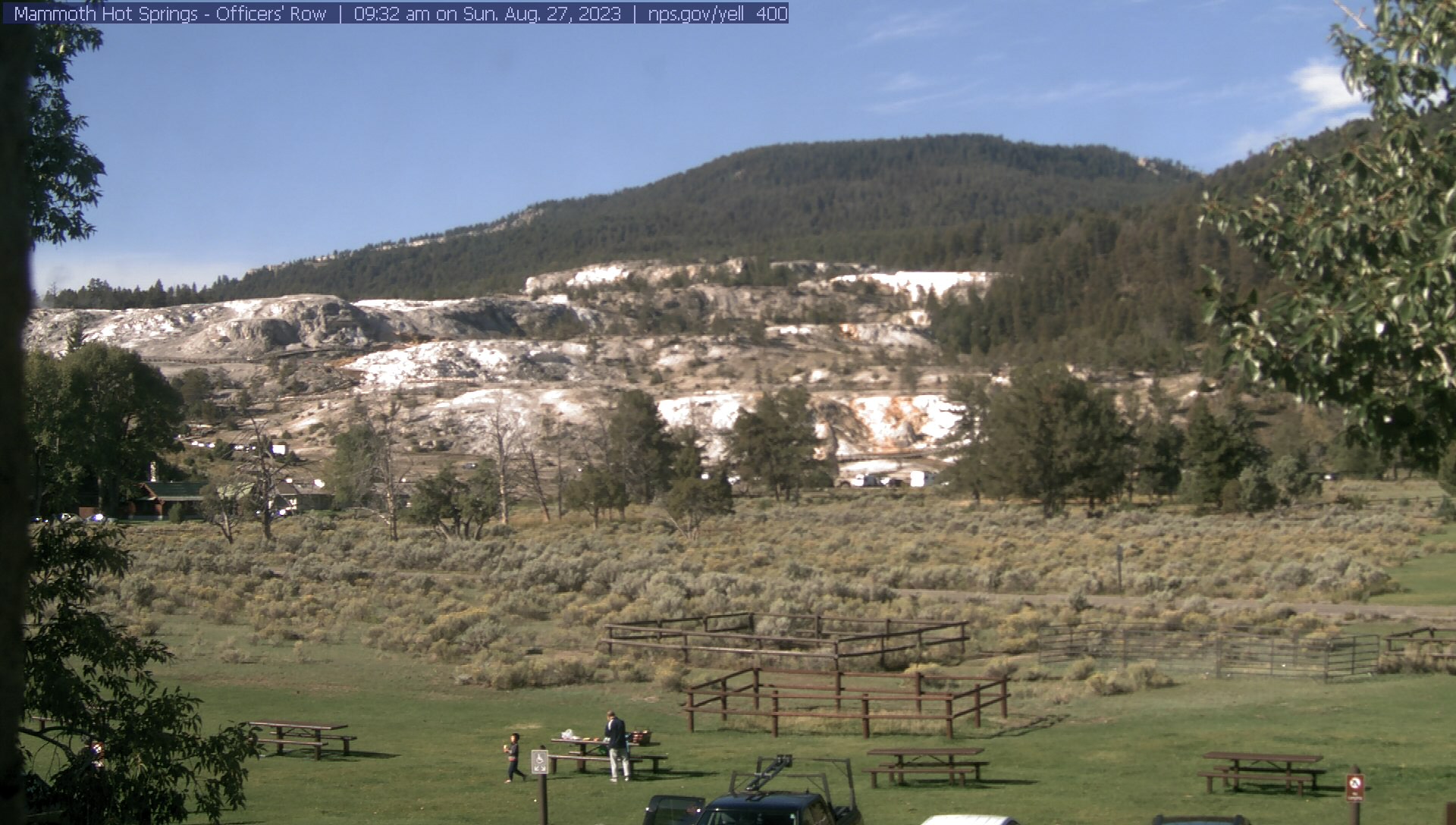 Yellowstone is a place of change, and this view highlights a place where change is constant and evident—the travertine terraces of Mammoth Hot Springs. Terraces form when water rises through limestone, which then allows the water to carry high amounts of dissolved calcium carbonate. At the surface, carbon dioxide is released and the calcium carbonate is deposited, forming travertine, the chalky white rock of the terraces. In the foreground are the parade grounds for historic Fort Yellowstone—the focal point of daily life at the fort. Each day began early with a bugler sounding Reveille. Another bugle call brought horse-mounted soldiers trotting onto the field for the flag-raising. Assignments were then announced. Troops either headed out to patrol the Mammoth Hot Spring Terraces and other nearby attractions, or remained at the fort to care for the horses. At dusk, the bugler called all troopers back to the grounds for the lowering of the flag, and the day was concluded with a cannon firing from the top of Capitol Hill. Taps was played as lights winked out and quiet settled over the fort.