Honoring Those Who Died

This site honors the memory of David Berger, an American citizen who was one of 11 Israeli athletes killed at the 1972 Olympic Games in Munich, Germany. David had no expectations of winning a medal but joined the Israeli weightlifting team to realize his dream - a dream which ended tragically. The Memorial is dedicated to his memory and the memory of the ten other athletes.  Read More 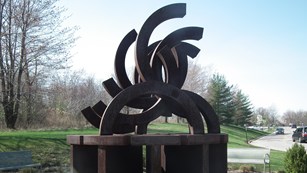 The sculpture depicts the five Olympic rings broken in half, symbolizing the interruption and cancellation of the Munich games. 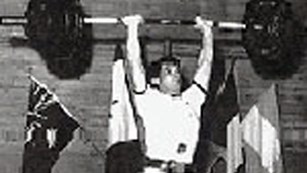 David Mark Berger was born in Shaker Hts, Ohio. He attended Tulane University from 1962-1966 where he was a weightlifter and honor student. 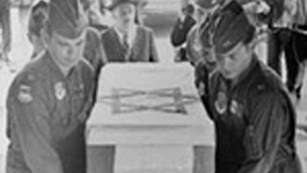 "Our worst fears have been realized tonight. They've now said that there were 11 hostages…they're all gone." (ABC Commentator Jim McKay.