The Power of Water: Augusta Canal

The Augusta Canal helped usher the Industrial Revolution into the American South. Built in 1845 as a source of power, water, and transportation, the canal today is the only fully intact American industrial canal in continuous operation. By 1847 the first mills opened, followed by the massive Civil War era Confederate Powder Works and many more industries in the later decades of the 19th century. Read More 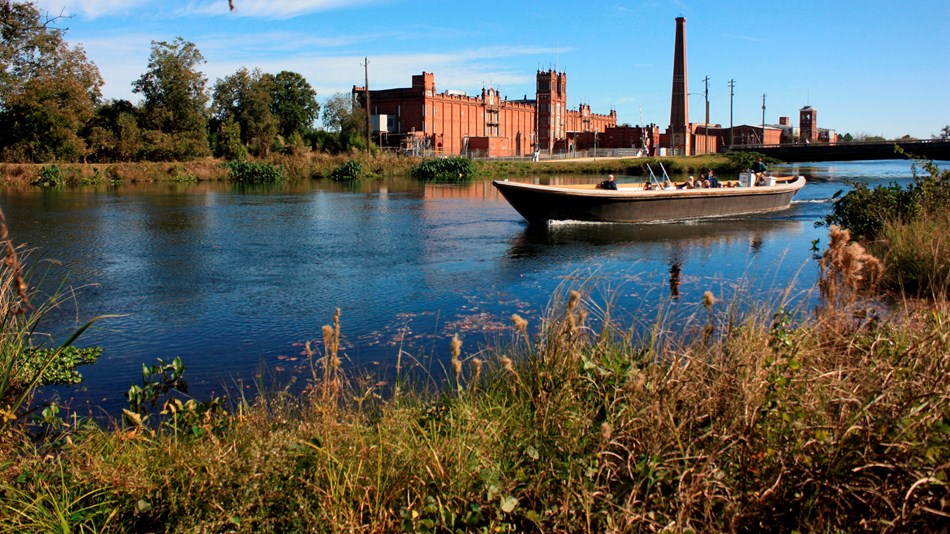 The industrial canal still supplies power for the city.