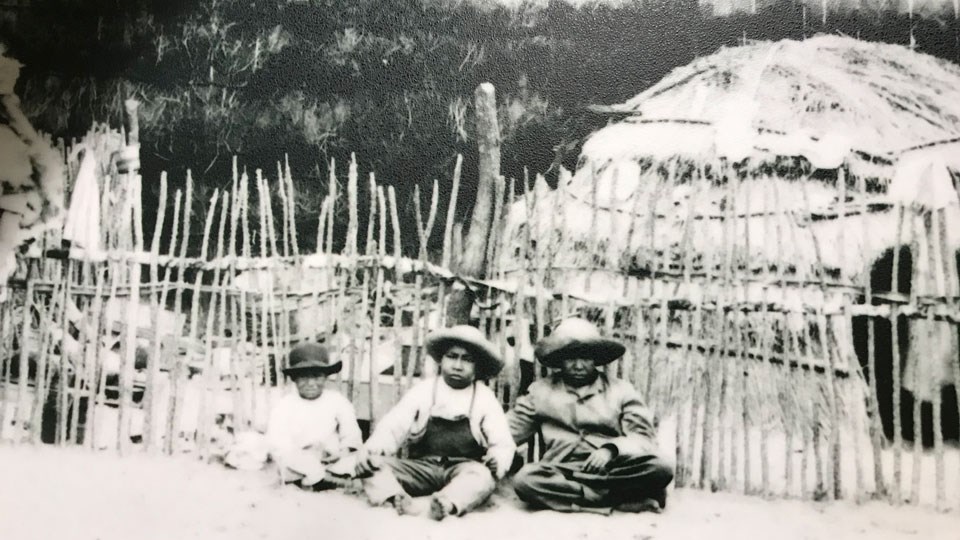 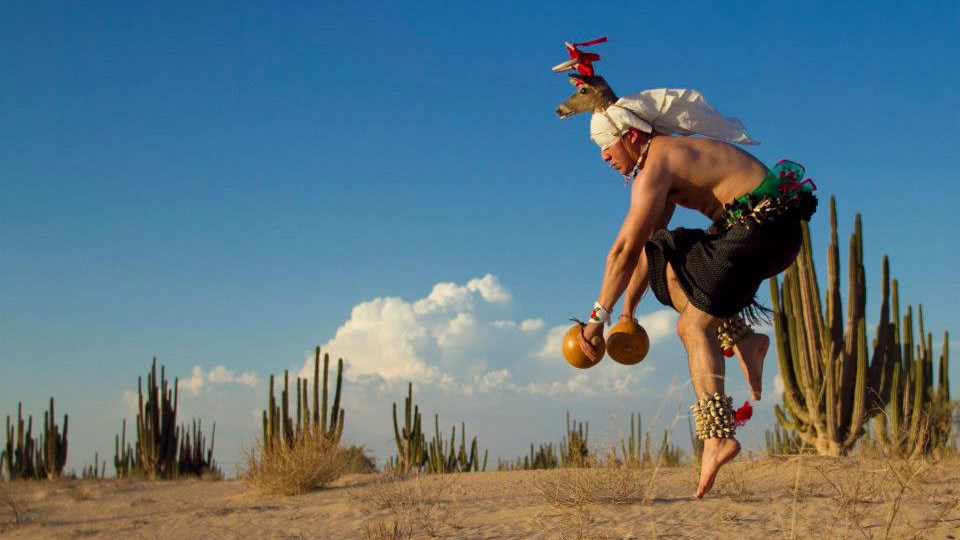 A Brief History of the Yoeme

The ancestral lands of the Yoeme (Yaqui) were originally in southern Sonora, Mexico, around the Yaqui River. The Yoeme people migrated and traveled widely, likely travelling to the modern day southern Arizona several hundred years before the arrival of European colonists or Spanish missionaries, who later arrived in the 1690s. The Yoeme lived in mid-sized communities and practiced a settled agricultural model of living.Using their intimate knowledge of the Sonoran Desert landscape, the Yoeme cultivated a variety of crops, including maize (corn), various bean and squash varieties, cotton, wheat, and more.

Women played an integral role in planting, harvesting, and processing food. Yoeme women would grind corn into flour which could be used to make masa (dough) for flat stone-baked cakes and other dishes. Women also tended to be responsible for tasks such as weaving nets, baskets, making pottery, and developing family spaces. Men are known as the prominent keepers of oral history in Yoeme tradition. However, Yoeme culture values the correlation between age and wisdom, or intelligence. So, older individuals and older Yoeme women are more justified in speaking out to express themselves because they have special wisdom acquired due to their age. Thus, older Yoeme women have more established hold and influence in social contexts than younger Yoeme women.

The Yoeme had complex social and religious organizational structure and have a rich spiritual and cultural tradition that continues today. It is difficult to discern precisely what the Yoeme culture was like prior to Spanish influence, which began to change the culture as early as 1500. Despite this uncertainty, most ethnologists consider the group to be traditionally patrilocal and patrilineal, meaning that families lived in the homes of the male figurehead and that families traced their lineage via the males in each family. Traditional Yoeme homes are thought to be made of mats and native bamboo, carrizo, and other materials.

The Yoeme are noteworthy in their struggle to preserve their autonomy and traditions. They are known for having waged the most determined, enduring, and successful resistance against involuntary absorption into the dominant culture of the Spanish, Catholic, and later Mexican society. In fact, the Yoeme are the only Native American tribe that has never officially surrendered to either the Spanish colonial forces, the Mexican government, or the United States.

Across the various Yoeme communities that are scattered in Mexico and the United States, there is a wide variation in expression of social, cultural, and historical heritage and custom. Because of the influence of colonialism and missionization, Yoeme spirituality often incorporates aspects of Christianity. The merging of the two faiths and traditional practices, both ceremonial and modern, work together to formulate contemporary Yoeme culture.

Spiritual traditions that exist today embody this blending of beliefs. The iconic Yoeme symbol of the deer and deer dancer, who mimics the connection that the Yoeme people have with their land and embodies some of the oldest connections that Yoeme people have to the most fundamental ancestral beliefs. Other spiritual traditions, like the Yoeme cultural society of the Matachinim, has changed from being the elite warrior group of Yoeme societies, to become Soldiers of the Virgin Mary once missionaries entered into Yoeme communities. Today, at festivities during Santa Semana, or during Lent and Easter, many Yoeme communities celebrate religious holidays through a variety of dances, festivities, and ceremonies that are laden with religious meaning. Each tune, step, and figure have a specific purpose and a rich history.

According to folklorist Jim Griffiths,
"Combining Native American and European traditions, pascolas are ritual clowns and ceremonial dancers. Among the Yaquis, their role is to serve as ritual hosts, opening and closing the religious fiesta, and keeping the attention of the people focused on the event. Bare to the waist, they wear a breech cloth and a belt from which small metal bells are hung. They clown around, tell humorous stories and perform two kinds of solo dance. To the music of the harp and violin, the pascola, his wooden mask on the back of his head, performs a complex step dance, accentuating the rhythm with the cocoon rattles tied to his legs. To the flute and drum he places his mask over his face and plays a hand rattle.

The matachine dance is a choreographed act of group prayer which has been performed for hundreds of years throughout much of the former Spanish empire.
A contradance with participants in two or three rows, it seems to be rooted in a narrative of confrontation between good and evil. It has taken many forms in its centuries-long travels across the world. For Yaquis, matachines are soldiers of the Virgin of Guadalupe. Everything the Yaqui matachine dancer wears or does is laden with religious meaning; each tune, step and figure has a specific place in the formal structure of an all-night ceremony. The dance confers blessings on its participants, its spectators, and even on the very ground over which it takes place.

Yaqui matachines make a lifelong commitment, and after death are buried with their dance regalia. Tumacácori is honored to have followers of this ancient tradition participating in the annual Fiesta each year."

The Pascua Yaqui Tribe welcomes all visitors who come in a spirit of reverence appropriate for any religious ceremony. However, photography, video, audio recording, and drinking of alcoholic beverages are strictly prohibited.

A project through the Tribal Heritage Grant Program, which assists Indian Tribes, Alaska Native Villages/Corporations, and Native Hawaiian Organizations in protecting and promoting their cultural heritage and traditions, funded the establishment of a Tribal Historic Preservation Office for the Pascua Yaqui Tribe of Arizona in 2019.

Previous: Native Peoples of the Sonoran Desert: The O'odham

Next: Native Peoples of the Sonoran Desert: The Nde