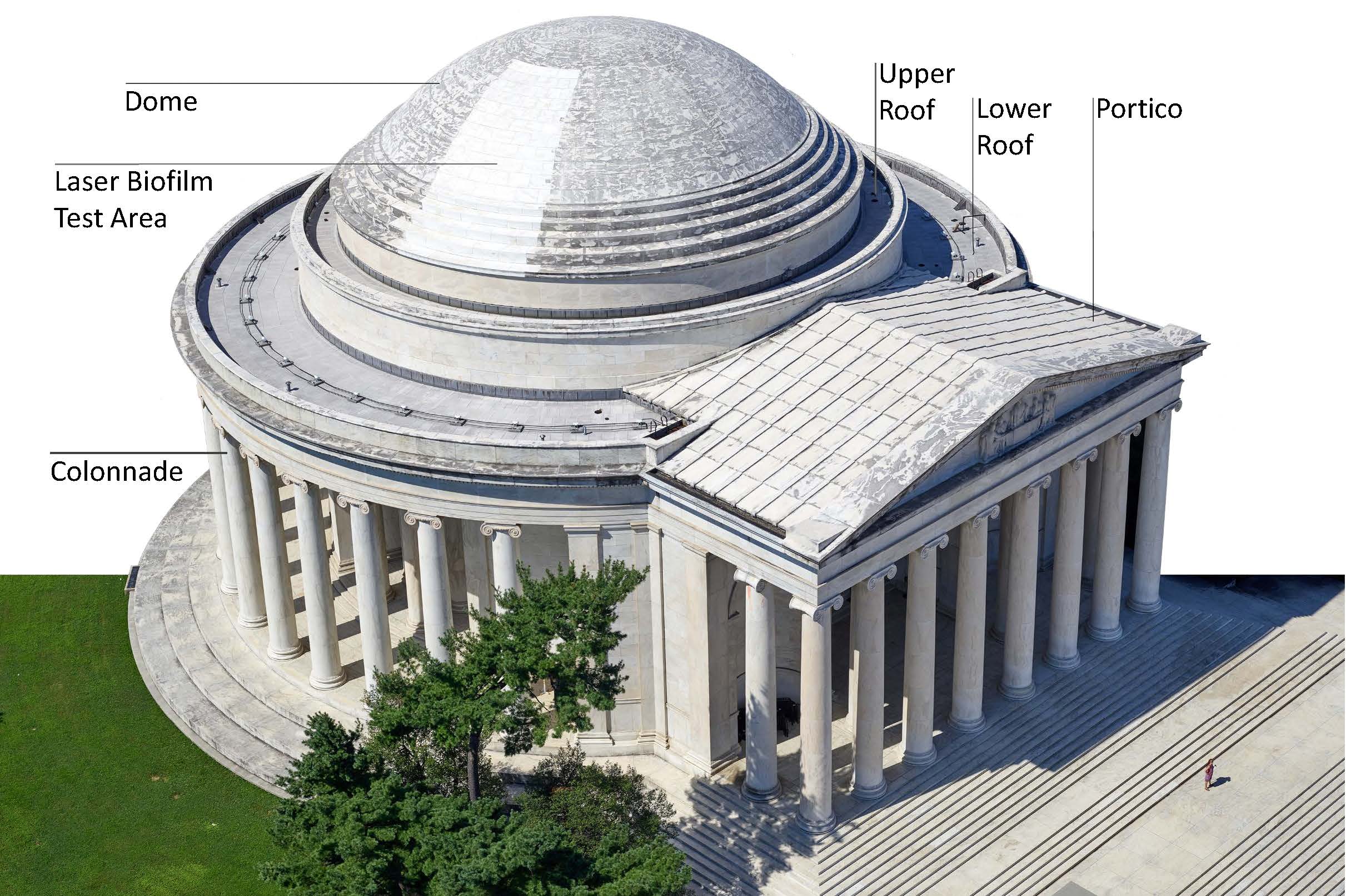 SUMMARY: Restore the roofs, repair the stone and clean the marble at the Thomas Jefferson Memorial

IMPACTS: The Thomas Jefferson Memorial remains OPEN during the project, though some areas will be inaccessible.

The National Park Service has undertaken a project to restore the roofs, repair the stone, and clean the marble at the Thomas Jefferson Memorial. The memorial will remain open for the duration of the project, although some areas will be inaccessible.

The roof restoration and repair will consist of replacing the two flat upper and lower roofs that circle the dome to keep the building watertight and dry. Additionally, the large marble “tiles” covering the portico, the dramatic front entry that projects towards the Tidal Basin, will be lifted to replace the deteriorated water-proofing below. Stone will also be repaired under the portico and along the colonnade ceilings. Improvements to roof drains, downspouts, and gutters will also be completed.

Cleaning the visible marble on the dome and roof of the memorial will utilize specialized lasers to remove the black biofilm (a microbial colony of algae, fungi and bacteria) seen growing on upper portions of the memorial. The biofilm was first noticed in discrete areas of the white marble in 2006 and has become more pronounced in recent years. The National Park Service studied this growth since 2014 to determine the best treatment options.

Additional funding from the Great American Outdoors Act will allow the National Park Service to use the laser ablation on the rest of the memorial, from the top of the columns to the ground level.

Access to the front of the memorial, including the steps, accessible route, chamber with the statue of Thomas Jefferson, exhibit area, restrooms and elevator will remain open to the public during the construction. The east side of the memorial will be closed for construction staging.