In response to stresses such as higher water temperatures, corals can lose the symbiotic microscopic algae (which provides up to 95% of the coral’s nutrition) from their tissues causing them to look white or "bleached." If favorable conditions return, corals can sometimes recover. However, bleached corals are more vulnerable to disease and other stressors, which can lead to death. This worldwide trend of coral bleaching is linked to global warming. 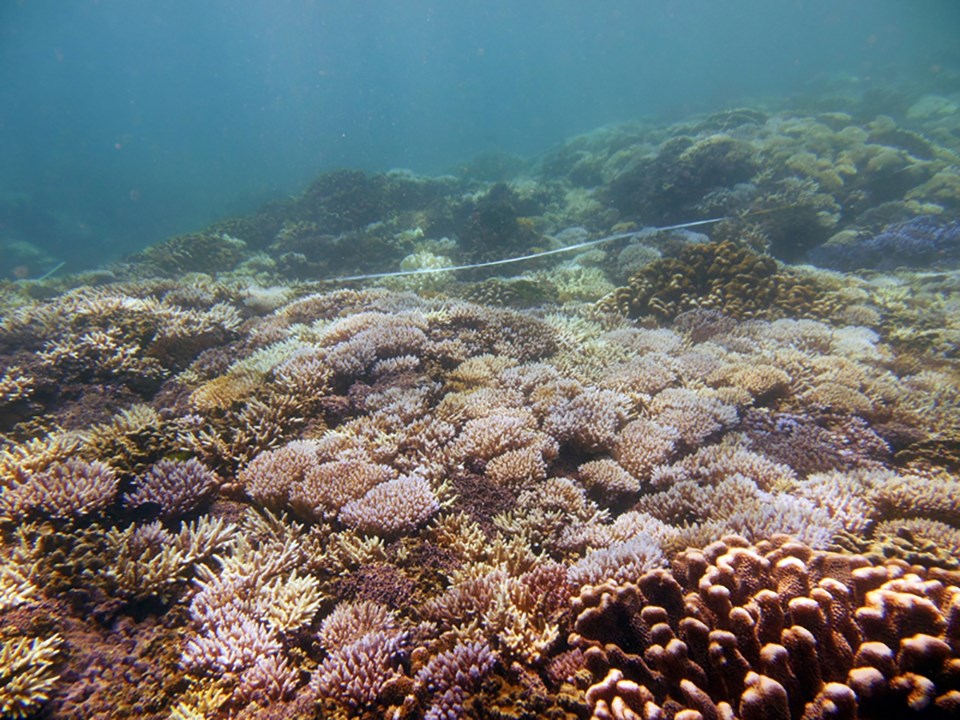 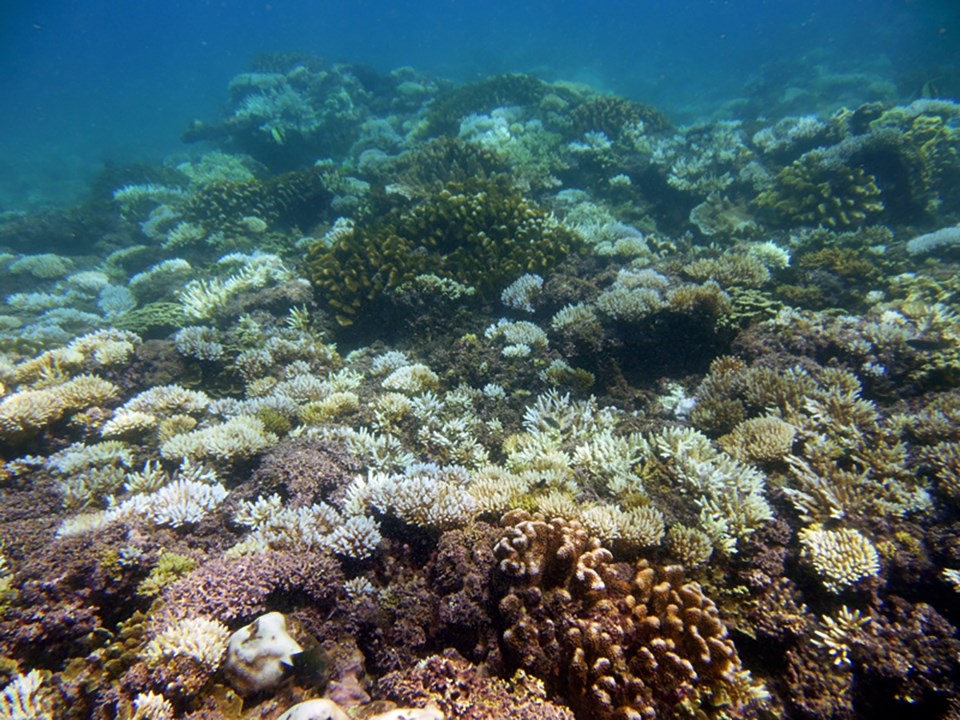 Left image
Bleached coral observed in Guam during a mass bleaching event in 2013.

Right image
Coral reefs and the organisms they support are early indicators of climate change impacts.

Coral reefs contain some of the most diverse ecosystems in the world and serve as critical habitats for thousands of species of marine organisms. Reefs support fisheries, protect coastlines from storms, and provide recreation. Coral bleaching resulting from higher sea surface temperatures threatens these re-sources. In 2013, an unprecedented coral bleaching event across Guam and the Marianas Archipelago was correlated with increased sea surface temperatures and reduced wind speeds for a four-month period. As a result, an astounding 85% of coral taxa showed signs of bleaching. This major event prompted the Guam Long-term Coral Reef Monitoring Program, NOAA, Guam EPA, the National Park Service, University of Guam, and Guam DAWR to work together to investigate the issue in an effort to promote coral reef resilience and recovery after such events.

Monitoring the coral reefs is a major activity of the National Park Service Pacific Island Inventory & Monitoring Network. National parks are partnering with research organizations like the University of Guam to study the impacts of bleaching on Guam’s coral reefs.

Scientists from many stakeholder organizations began formal quantitative assessments of 3,600 photos from 48 reef sites on Guam.

They collect data on:

These data will help us: