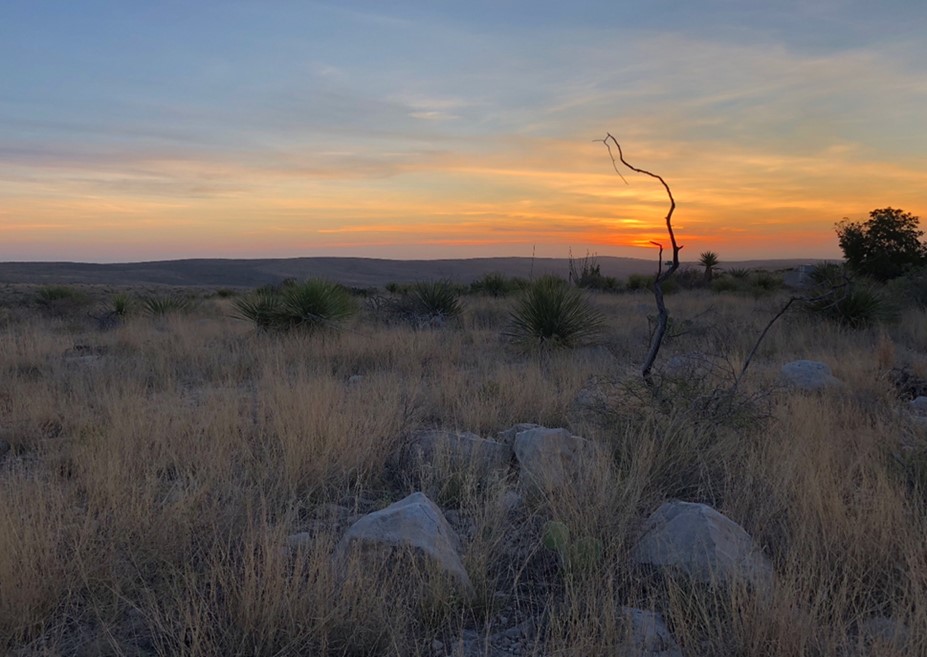 Desert grasslands and shrublands are peculiar ecosystems in that they receive little rain. Short summer and winter storms produce bursts of visible growth in desert plants, as well as bursts of activity in the soil microbial community—the bacteria and fungi living in the soil. However, rain and wind can also carry air pollution from distant urban and/or energy production sources. Although air quality has improved in recent decades the boom of energy extraction and development in the west is raising new air quality concerns for sensitive desert ecosystems. Scientists must understand how even small increases in air pollution may affect the landscapes of our national parks.

Carlsbad Caverns National Park is a beautiful dryland national park that is vulnerable to reactive nitrogen deposition. While best known for its expansive caverns, the landscapes above ground are home to diverse plants and animals. Scientists are concerned that increasing air pollution may increase the number of invasive grass species and disrupt sensitive soil processes that help regulate nutrients. 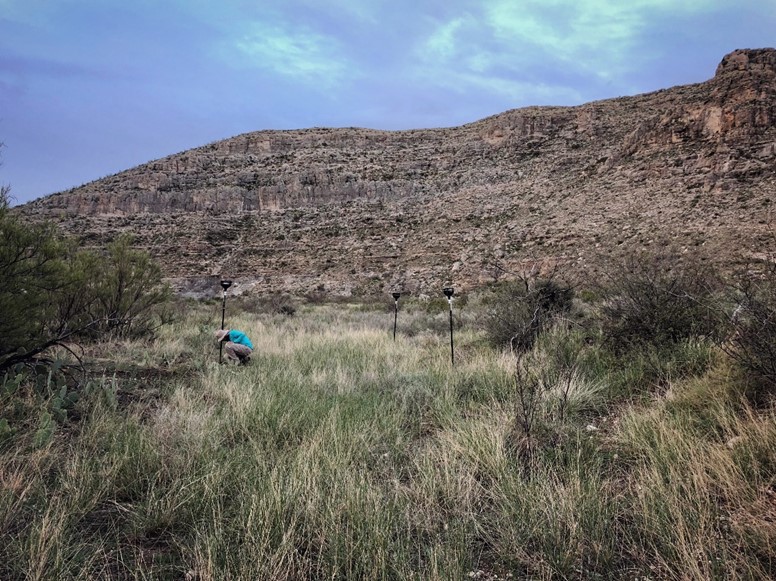 To learn more about how ecosystems at Carlsbad Caverns NP will react to nitrogen deposition researchers will conduct a fertilization study at the park. The experiment involves fertilizing vegetation plots with different levels of nitrogen that mimic potential future deposition levels. This will allow researchers to observe and evaluate the impacts to plant communities (native and invasive) and soil processes. Each research plot will be fertilized with increasing levels of nitrogen and then plants and soils are measured to determine if there is a threshold of nitrogen addition above which plant and soils change. Park managers and local communities could use this information to keep nitrogen oxide emissions at levels low enough to protect park plants and soils.

Lehmann lovegrass is the main invasive grass species that is being tracked. Based on previous research it is expected that increased nitrogen deposition will cause this grass to grow faster. This will lead to a decrease in native wildflowers and grasses, reducing habitat and food sources for wildlife and pollinating insects.

The experiment will also track how nitrogen affects soil microbes. This will give park managers information on how reactive nitrogen deposition could alter the production of greenhouse gases in this ecosystem. In ecosystems that receive more rain reactive nitrogen addition stimulated soil microbial communities to produce more nitrous oxide (N2O; Liu and Greaver 2009). Nitrous oxide is a potent greenhouse gas; as a molecule, its ability to trap heat in the atmosphere—its greenhouse warming potential—is 310 times that of carbon dioxide (CO2). Even a small change in the activity of the soil microbial community could have a large effect on how soils at Carlsbad Caverns NP release nitrogen to plants, water, and the atmosphere.

Jennifer Holguin is a first year graduate student at the University of Texas, El Paso. This research is her thesis project. Jennifer's interest in reactive nitrogen at Carlsbad Caverns began with her passion for desert ecosystems and the flora and fauna that inhabit them. Dr. Jennie R. McLaren is the advisor and principle investigator for this project. The NPS Air Resources Division and Dr. Michael D. Bell are providing research assistance.

The experiment is still in its very early stages! For more information or to keep up with this project email Jennifer Holguin and/or follow her on Instagram: @desertsymbiont