The Civilian Conservation Corps (CCC) had camps in Zion National Park for the duration of the program, from 1933 to 1942. CCC workers left an indelible mark on Zion and their legacy here is still felt every day. The CCC gave this country a capacity to respond and adapt during a crisis, and that is worth learning from as we face the future of human-caused climate change.

Responding to a Crisis

The original name of the CCC was the Emergency Conservation Works Agency. The urgency of the situation was built right into the name; it was an emergency. This was one of many programs and policies contained in President Franklin D. Roosevelt’s New Deal, the effort to respond to the social and economic hardships of the Great Depression. The program was soon better known as the Civilian Conservation Corps and the name was changed. The urgency remained.

The CCC was part of a massive government program to respond to a crisis. Individual action was not enough to address the economic woes of the Great Depression, and broad policies and programs were needed from the government. Climate change is going to take a similar “all hand on deck” approach, with action from individuals, communities, businesses and governments working to create a more sustainable future.

Investing in People and Infrastructure 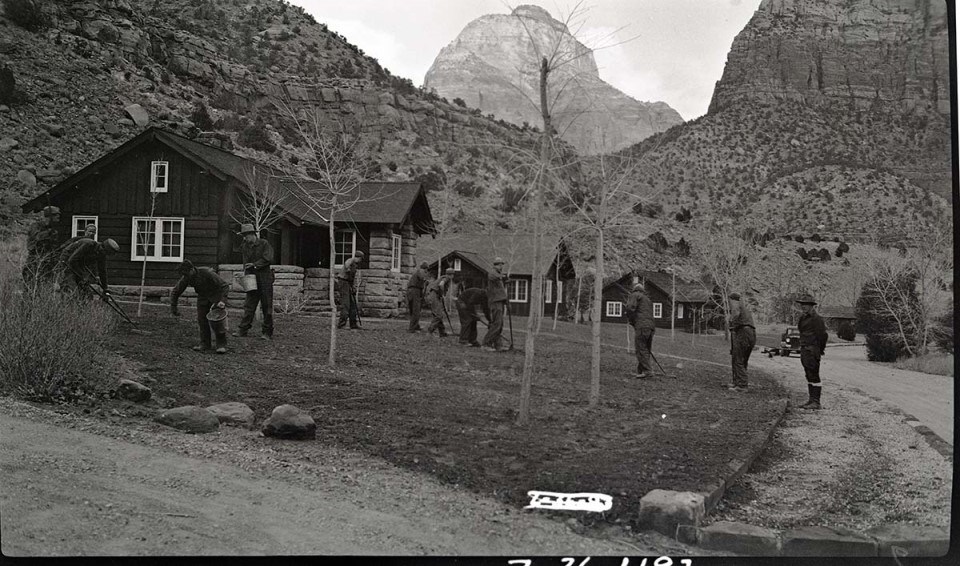 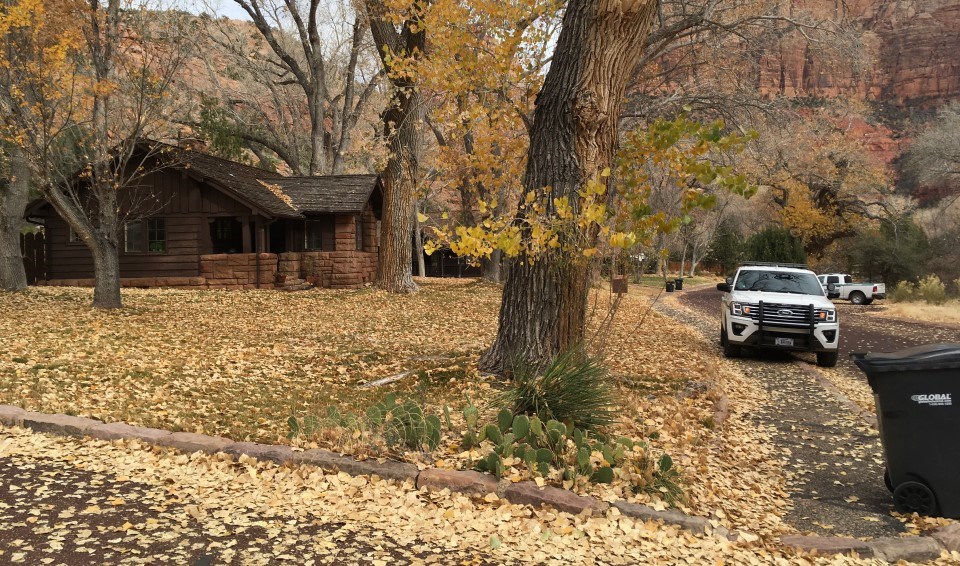 People are at the center of resilience. The CCC took unemployed young men and gave them jobs implementing new conservation projects on public land. The work was hard, and much of it was accomplish by hand. Work projects at Zion included establishing the Watchman Trail, constructing park buildings, road work, building flood control structures along the Virgin River, and constructing the South Campground Amphitheater. Today, some of the most popular areas enjoyed by visitors to Zion are possible because of the efforts of CCC workers.

The CCC also planted millions of trees across the country and were sometimes referred to as “Roosevelt’s Tree Army”. Plants are one of the best ways to capture carbon from the atmosphere and a new “Tree Army” could be very useful. In fact, the idea of a Civilian Climate Corps was put into the Build Back Better Act in 2021 but was cut out by Congress before passing. This updated version of the CCC would have focused on projects designed to slow the progression of climate change and reduce the negative impacts of the changes we are already seeing. Like the original CCC, the work would have needed to invest in infrastructure. Also like the original CCC, the work would have been hard.

The Fight of Our Lives

The CCC ended in 1942, right after the United States entered and began ramping up participation in World War II. The Army oversaw all CCC camps and provided a very structured daily routine for the men. Many CCC enrollees found it easy to transition to the structured military life of an enlisted man fighting in WWII. These CCC workers-turned-soldiers demonstrated that humans have the capacity to adapt to changing circumstances, and sometimes addressing one crisis may make you better prepared for the next.

During WWII, an economic crisis had been replaced with a geopolitical one, and the country responded again. The industrialization that accelerated during wartime and continued over the years that followed surely put us on the path to the current climate crisis. The waging of war has always been a way to inspire people to work together in great numbers. Reducing the severity of our changing climate needs a similar response.

The CCC is only one of many examples of times when people came together to face a challenge, adapted, and left a legacy that influenced the future. The climate crisis is humanity’s next chance to show how resilient we can be.