When you think of Pride, you may not think of the ‘50s but that is where we begin this series of "Pride through the decades".

When you think of the ‘50s, you may think of the nuclear family of structure of a mother, father, and children. With to these popular values, many people who identify as LGBTQ+ hid their true lives in fear of losing their jobs, their homes, being thrown in jail, or even being forcibly institutionalized.

Due to these injustices, several organizations were formed in the ‘50’s to help fight the discrimination that the LGBTQ+ community faced. The Mattachine Society for gay men was established in ‘50 and the Daughters of Bilitis for lesbian women was formed in 1955. Both groups actively fought against the 1953 Executive Order 10450 that barred lesbian and gay people from applying to federal jobs. This order ended up causing over 5,000 federal employees to be fired for suspicion of being homosexual, including Frank Kameny of the Mattachine Society in 1957. In 1958, the first U.S Supreme Court case on the topic of with homosexuality was won when ONE: The Homosexual Magazine was declared as not an obscene publication in order to be printed and distributed, citing freedom of speech for homosexuality.

The decade ended with the spontaneous act of resistance at Coopers Donuts when Los Angeles police officers arrested three people. This police targeting was met with what turned into a food fight by drag queens fighting back against police harassment. All these events helped lay the groundwork for what became the Stonewall Uprising in 1969. 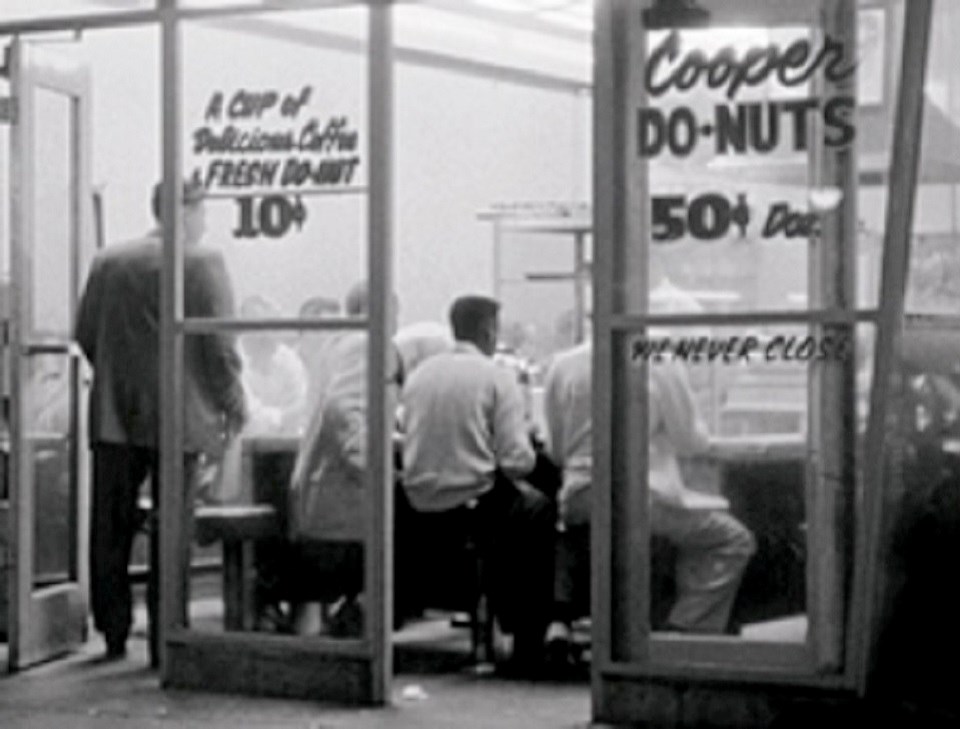 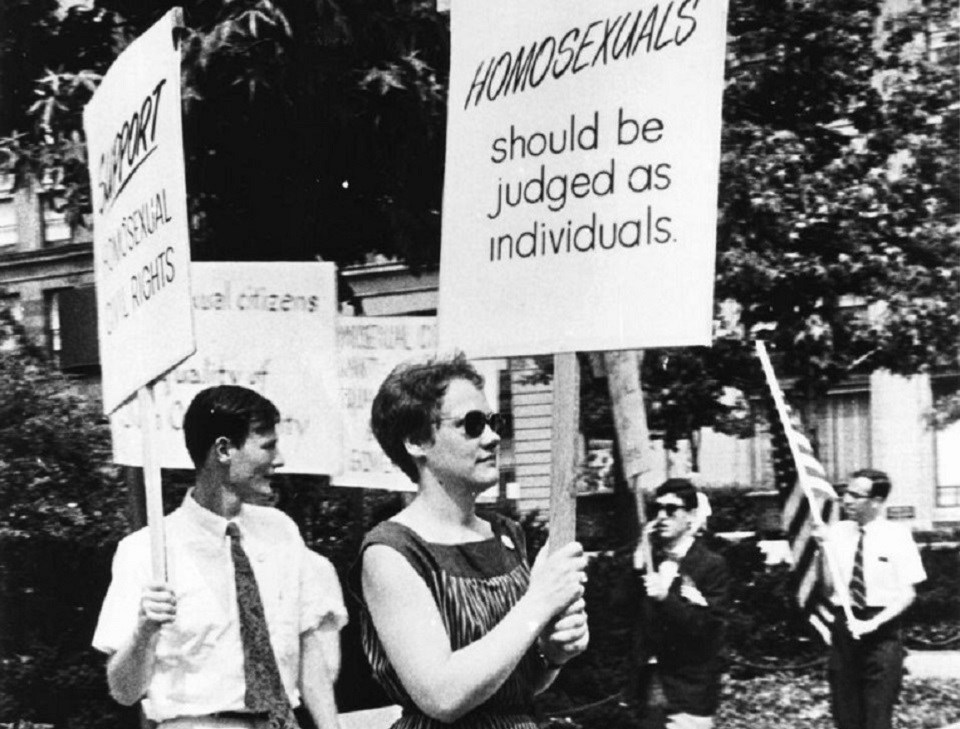 Top image
Image of an LA Cooper Do-nuts Cafe thought to be the one where the one of the first US LGBTQ+ uprisings began.
Credit: Still from Kent Mackenzie's 1961 film "The Exiles" distributed by Milestone Films. Taken from Amoeba Music's 2013 article "The Cooper Do-nuts Uprising-LGBT Heritage Month" by Eric Brightwell

Bottom image
Barbara Gittings, Frank Kameny, and others at the Reminder Day Protest in Philadelphia

Part of a series of articles titled Pride Through the Decades.