The shoreline along west Cook Inlet within Lake Clark National Park and Preserve has supported a network of communities for at least 3500 years and continues today. By conducting research, archeological evidence lends understanding to past traditions and its legacy.

The Land Shapes The Tools

The Dena’ina are Athabaskan-speaking native people who live in Southcentral Alaska. They are deeply connected to the region, and according to oral traditions and archeological evidence began occupying the Cook Inlet area a thousand or more years ago. As inland groups transitioned to coastal areas, they began to incorporate maritime practices into their traditional terrestrial and riverine lifestyle. This reshaped their hunting and fishing strategies and techniques. Several technologies developed by the Alutiiq, such as the kayak, umiak (open boat made of hide stretched over a wooden frame), and harpoon, found their way into Dena’ina culture. Spearing platforms, or spearing trees, placed on tidal flats, began to appear in their subsistence strategy, which aided in beluga whale hunting. The technique was likely derived from their use of game platforms along rivers placed to assist in bear hunting.

A brief occupation appeared along the coast between 1800-1600 BC. Archeological materials supporting this occupation include stone tools, hearths with burned debris and sediment, fire-cracked stones, and fish bone remains. A small bifacially flaked point from the site morphologically resembles endpoints from the Arctic Small Tool tradition. The tradition is known for using small projectile points, and likely moved southward from Bering Strait to the Alaska Peninsula. It is still unclear how the Arctic Small Tool tradition came to Cook Inlet, but a plausible theory suggests movement up from the Alaska Peninsula or Bristol Bay. With active volcanoes, such as Redoubt, in the vicinity as well as the presence of tephra deposits at the site, the influence of volcanism on communities cannot be ruled out for the end of the occupation.

Subsistence practices throughout the region took on a variety of forms that have shifted and changed over time in the course of various traditions and occupations. Despite changes in the environment and human patterns, the use of marine resources has remained a common factor. Fish, sea mammals, waterfowl, and shellfish are all invaluable resources that supply coastal communities with everyday needs.
Archeological, linguistic, and ethnographic research speaks to a notable cultural history along the park’s coast. Though little is known, what we do know lies along a timeline intermittently highlighted by what was left behind. Thinking of the nature of the cultural landscape in its place and time can bring to life an area defined by memory and identity. It begins to shape and stabilize what we know about an ever-shifting physical and cultural world. 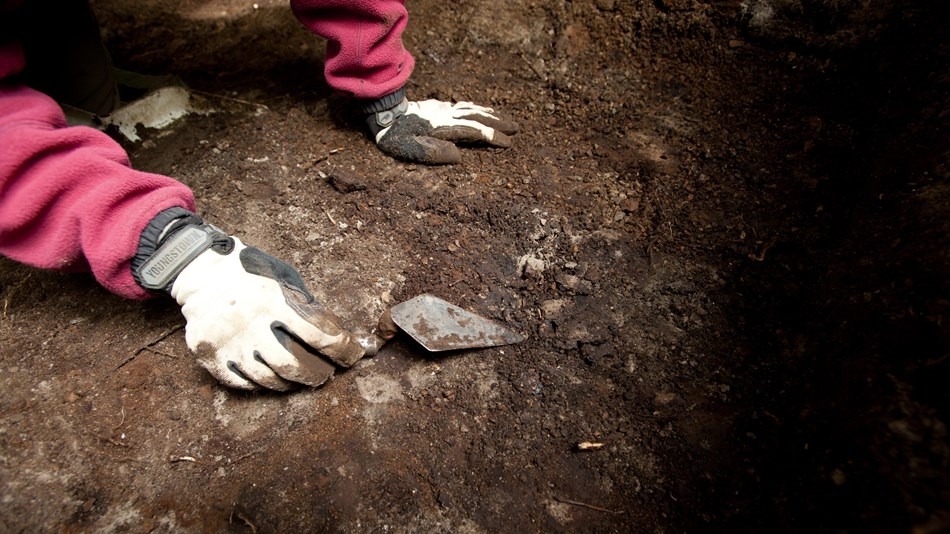 Unearth how archeologists study the past, solve mysteries, and uncover the stories buried throughout our history. 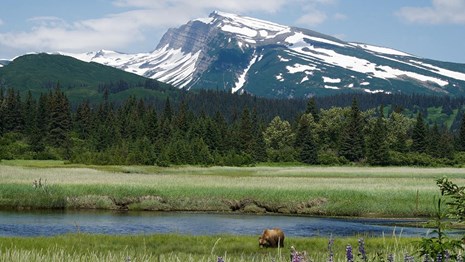 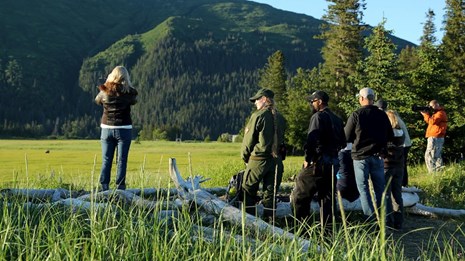 A trip to Chinitna Bay on Lake Clark's Cook Inlet coast offers a unique experience in the heart of coastal brown bear country.