Are you ready to go on an online learning adventure? Grab a pencil and paper and complete the activities below to learn about the people, places, and stories of the Lewis and Clark National Historic Trail. 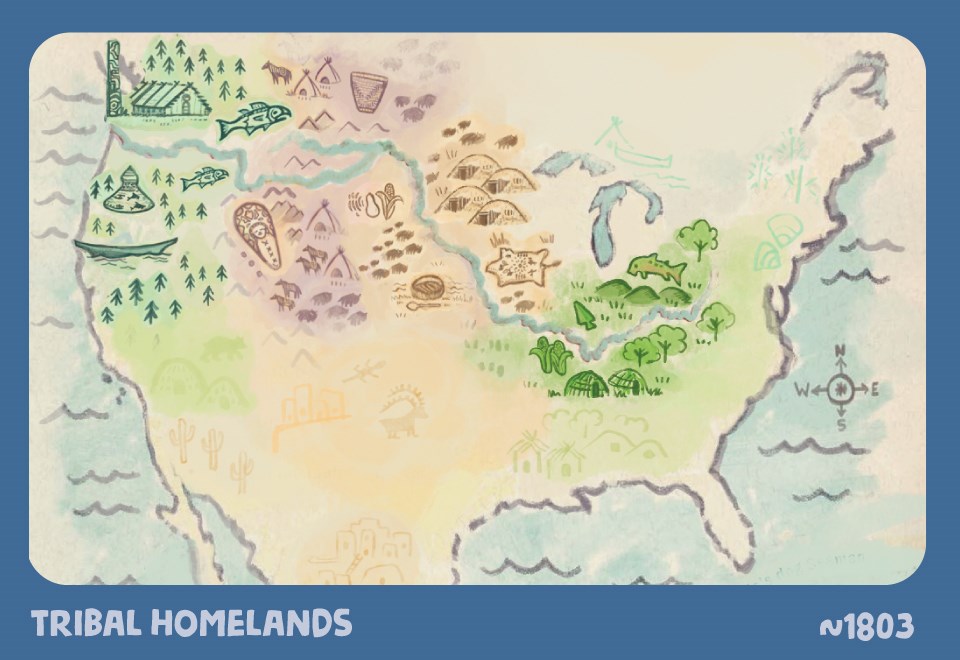 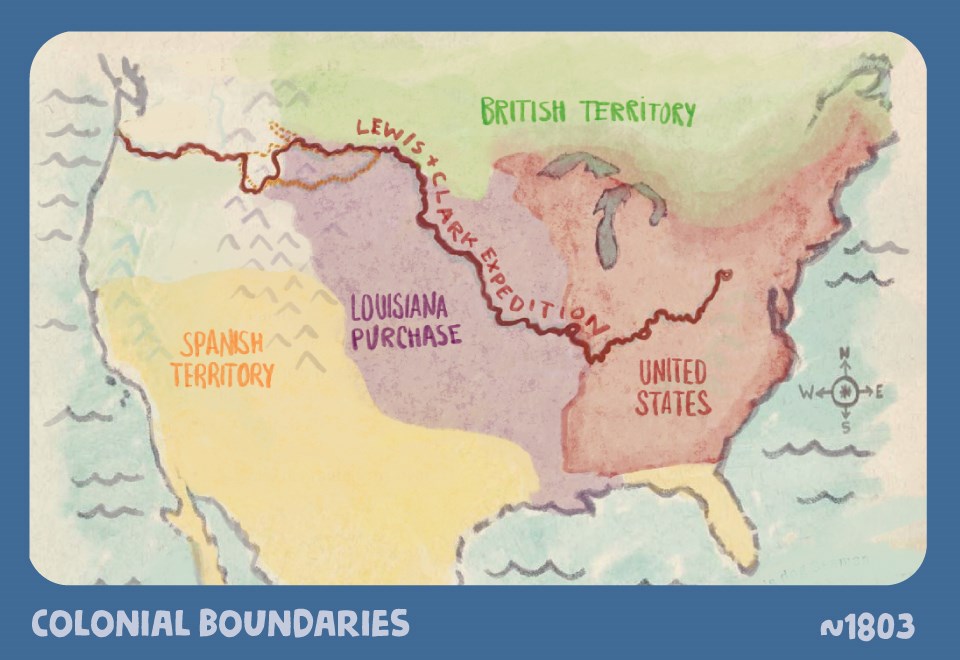 When colonial boundaries were drawn in North America, a huge web of tribal nations already existed.
1803 maps of North America show the land divided into the United States, British Territory, Spanish Territory, and the Louisiana Territory.
When Captain Lewis, Captain Clark, and their crew traveled west in 1803-1806, tribal nations had long been established in every region of the continent. When Lewis and Clark came through, tribes were rooted in the land of their ancestors with their individual languages, art, food, and technologies. Having endured centuries of broken treaties, stolen land, and relocation, these tribal nations remain today.

Today, the Lewis and Clark National Historic Trail passes through  16 U.S. States and the homelands of more than 60 tribes


Directions: On whose homeland are you standing on? Visit https://native-land.ca/, plug in your location, and find out. On a piece of paper write it down:

Or discuss with a friend or family member.

Bonus: Research a tribe near you. Are there sites or events that the tribal nation has opened to the public? Does this tribe have a language program?

Activity 2: Preparing for the Expedition 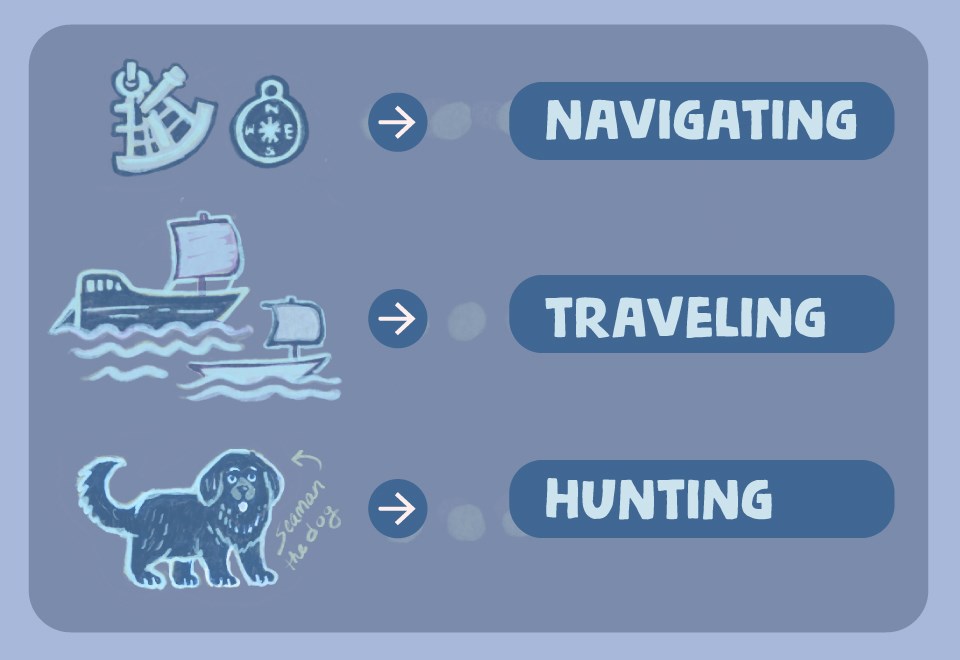 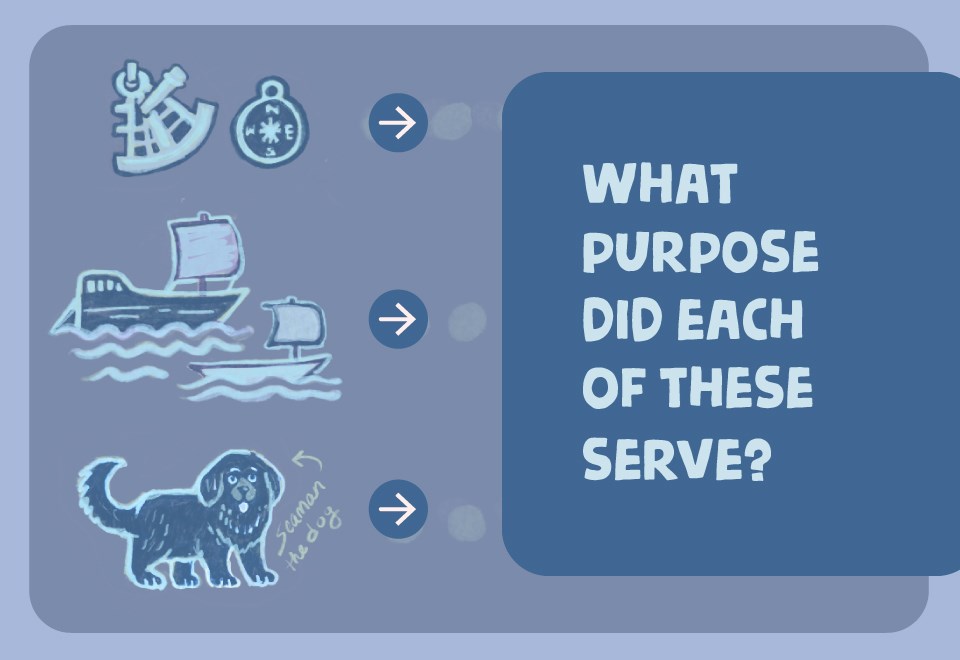 To prepare for a multi year journey to landscapes Americans had never seen, Captains Lewis and Clark had to decide what and who to bring.
A Sextant and compass were important for navigation.  Two pirogues (similar to canoes) joined a custom designed keelboat for the first part of the journey. Captain Lewis’s dog Seaman was valued for hunting, protecting, and being a good boy.
In 1803 the Lewis and Clark Expedition set out to find a water route across the continent to the Pacific Ocean. They didn’t return for almost three years! The expedition’s members couldn’t talk to friends and family back home. (Phones didn’t exist yet and even mail didn’t reach that far west into the great plains and mountains.) For food, horses, and anything else they needed, expedition members had to hunt for it, make it themselves, or trade for it using their limited supplies to buy from tribes.

Directions: imagine you are going on a three year journey. Write, draw, or discuss the questions below:

As many as thirty people were part of the Lewis and Clark Expedition. Who would you bring on a long journey?

Captain Lewis purchased supplies in Pittsburgh, Harpers Ferry, and St. Louis. He also designed and commissioned a boat to carry the supplies along the shallow, twisty Missouri River. Draw, write, or discuss the kind of boat you would bring and what supplies you would load onto it.

Some expedition members had special skills and characteristics that helped the expedition survive. Private John Shields was a skilled blacksmith who could fix tools and make new tools to trade for food from tribes.  Sacagawea spoke Shoshoni and Hidatsa and assisted in translations. Her and her baby’s presence in the expedition signaled peaceful intentions. George Drouillard was a French and Shawnee recruit who was a skilled hunter, woodsman, and translator of Indian Sign Language.  Is there something you’re good at? Does your skill ever come in handy? 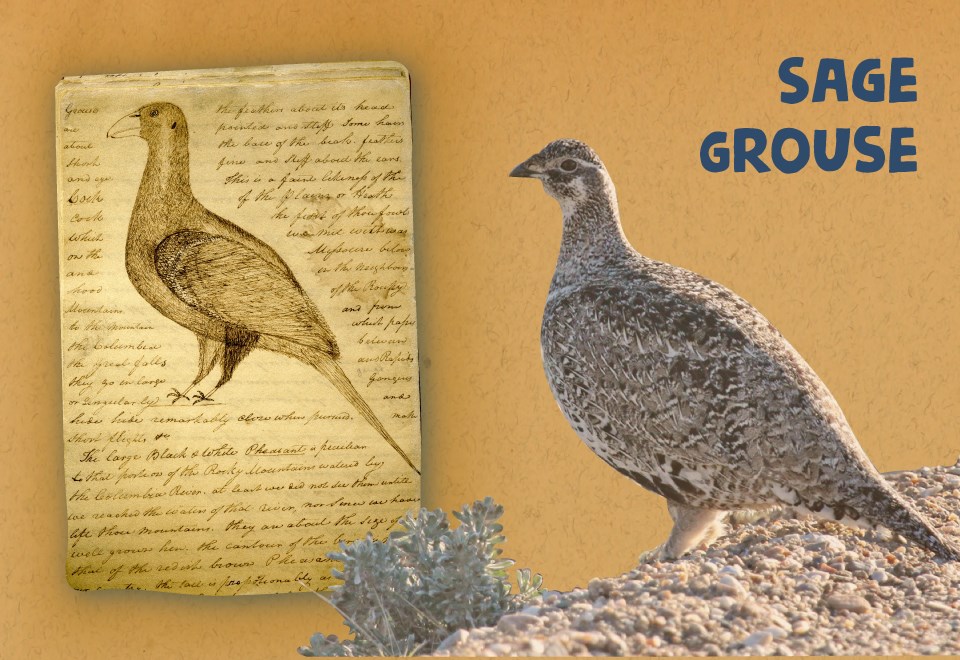 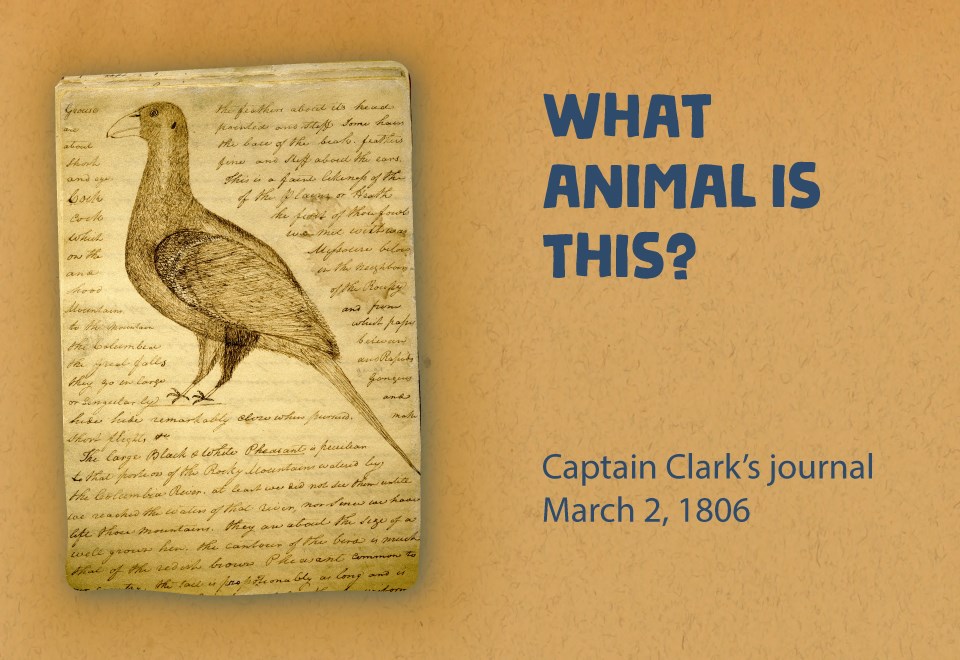 Journal page courtesy of Missouri History Museum. Photo.
Photo: Wallace Keck/ NPS Photo
Captain Meriwether Lewis studied sciences like biology (the study of life) before he and Captain Clark led the expedition west. While all the plants and animals they encountered were well known by tribes, Captain Lewis described 122 animals that were new to western science. Lewis’s notes were careful and detailed.

Directions: Find something in nature that interests you and spend 5 quiet minutes observing it (paying close attention) and taking notes. (You can even study your pet!) Write or draw what you notice on a piece of paper, or talk about with a friend or family member. Try to answer the following:

How big is it?

What color is it?

Does it have a smell? Does it make sounds?

Is it smooth, rough, sharp, soft, slick, shiny, or some other texture?

What is its behavior (what is it doing?)

What else in nature does it remind you of?

Bonus: Take a picture of your journal entry next to the plant, animal, or other part of nature you studied. 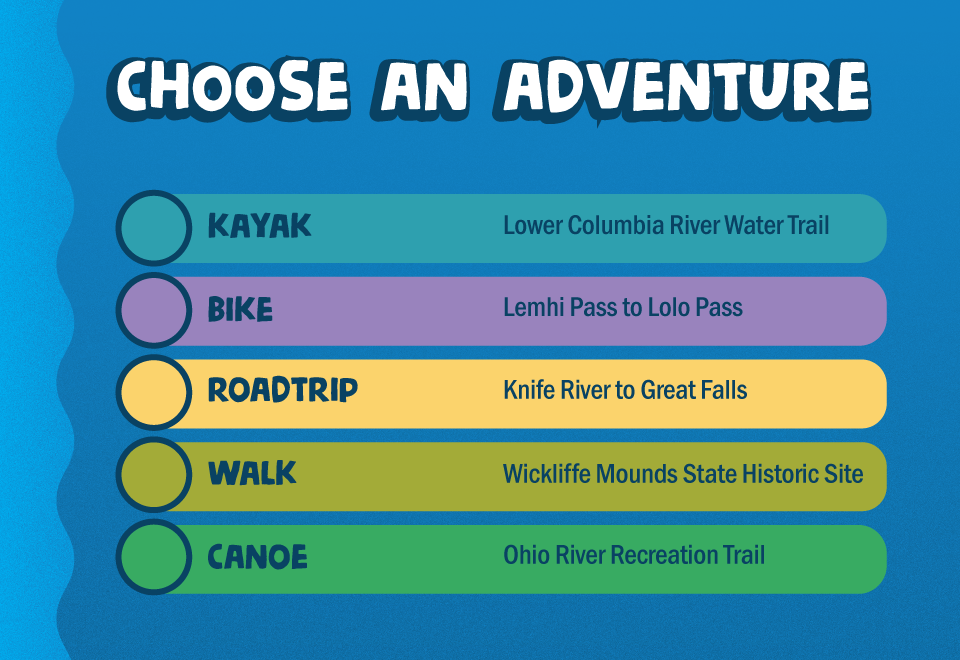 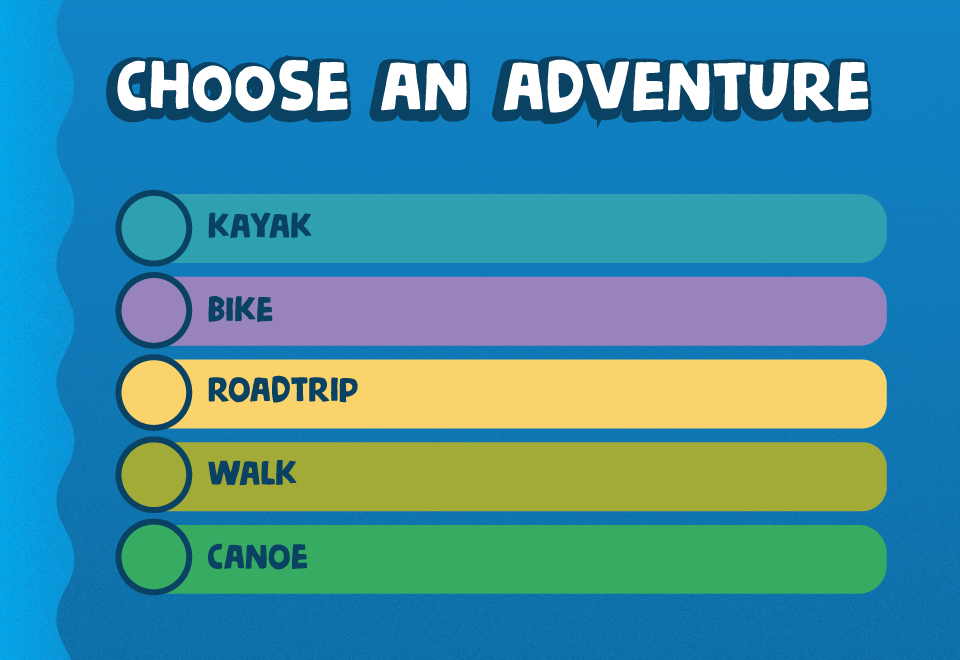 Learn about culture and history while you’re out in nature.
Which activity would you most like to try on the Lewis and Clark Trail?
Roadtripping, hiking, biking, paddling and canoeing can be historical adventures! Opportunities exist for people of all skills and abilities to get out and experience the Lewis and Clark National Historic Trail.

Directions: Did you know Meriwether Lewis invited his friend William Clark to be his co-captain on the now famous expedition? Pick an activity you would like to try along the Lewis and Clark National Historic Trail, then write a note to a friend inviting them to join you. Option: Lewis and Clark didn’t have phones, but you do! With an adult’s supervision, you can text or call friend instead.

For inspiration, check out the slider tool above or visit these official webpage www.nps.gov/lecl/planyourvisit/maps or download the official NPS app at download the app: http://go.nps.gov/app.

Ready to become a Junior Ranger? 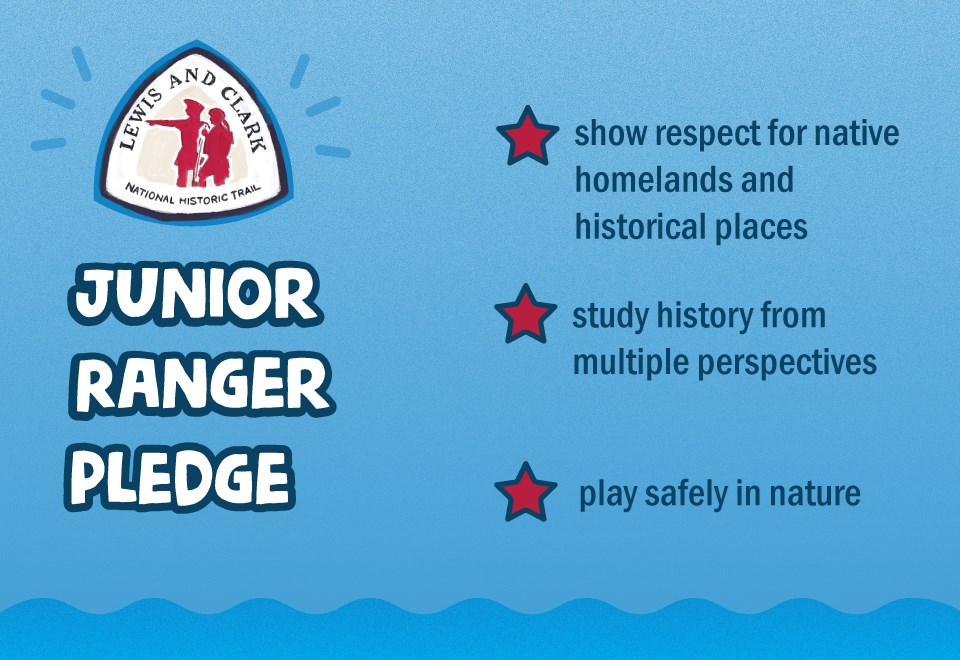 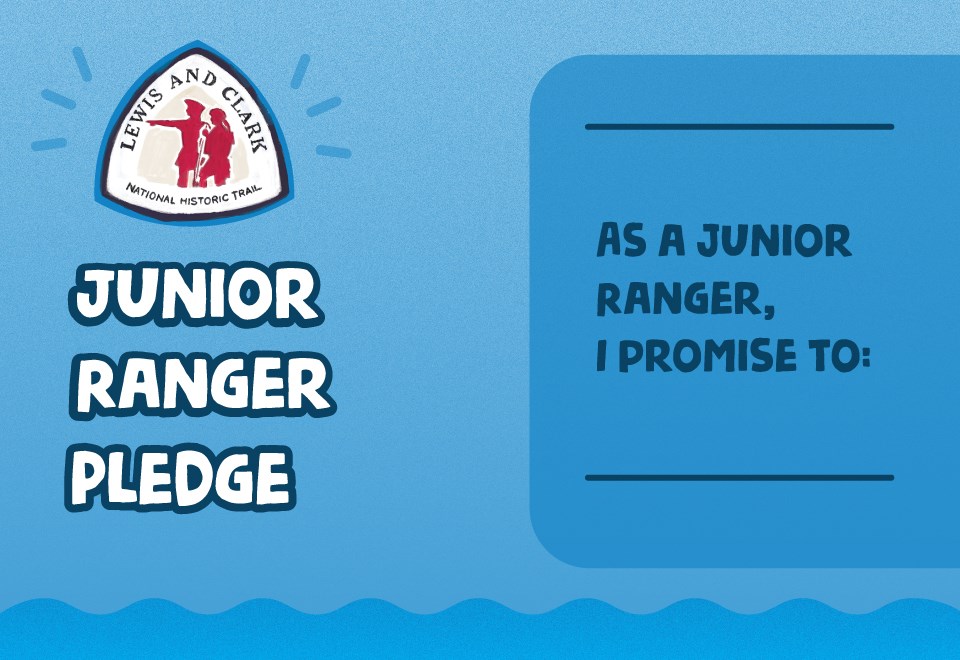 Junior ranger pledge.
Junior rangers promise to act in ways that respect parks and people.
Ask an adult to read the Junior Ranger Pledge with you. Then print out the badge below.

As a Junior Ranger I promise to:  Thanks for your great work! With your help we will protect historic and cultural sites and the stories they tell.