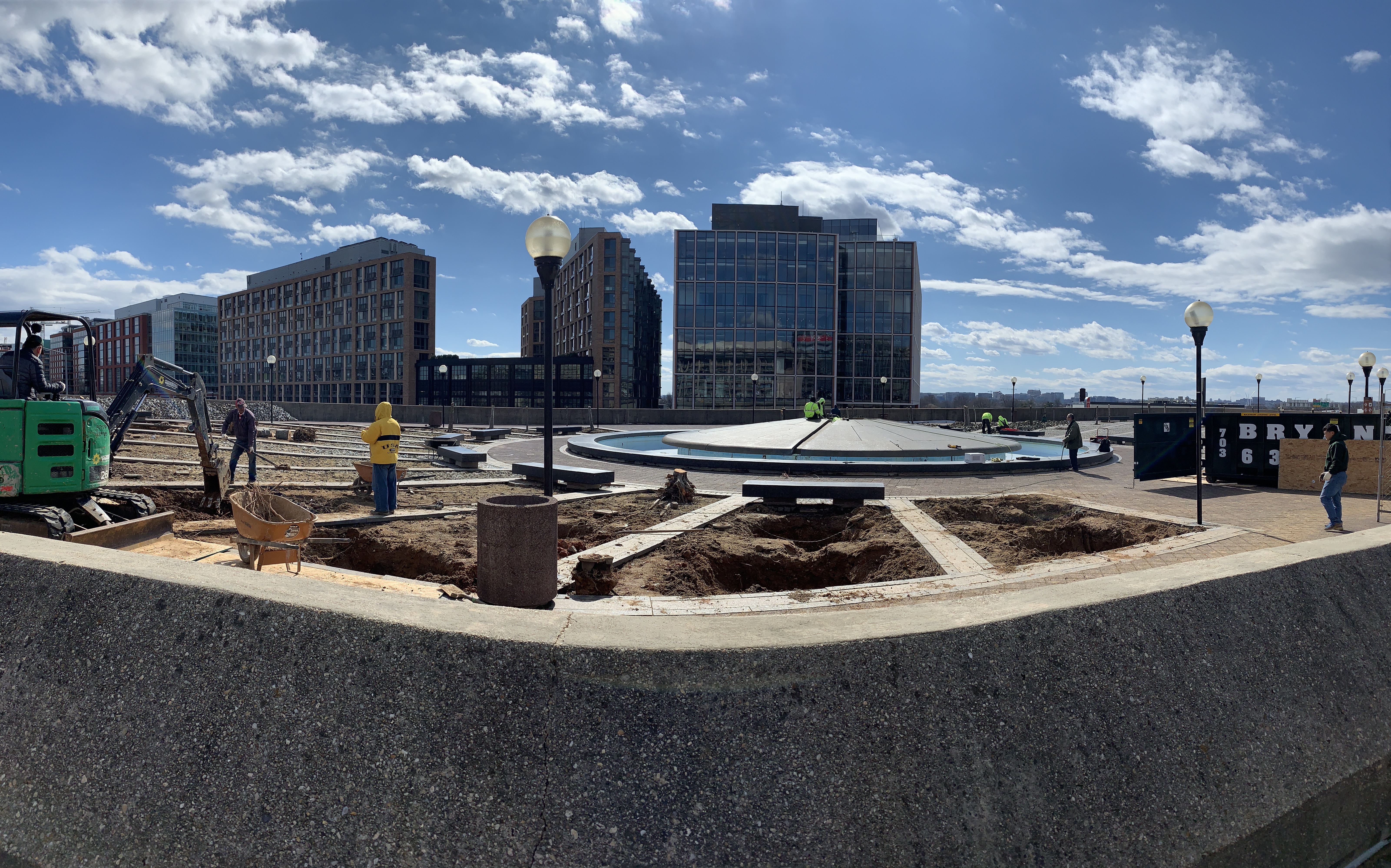 IMPACTS: The Banneker Park plaza will be CLOSED during the project, though the grassy areas and the stairway that provides access to the waterway will remain open.

Project Description
The National Park Service has undertaken a project to restore Benjamin Banneker Park. The $1.1 million project is expected to be completed by May 2021 and includes: The fountain repair includes replacement of the fountain jet ring, installation of a new filter, replacement of the return pipes in the mechanical room, and installation of a nanobubble water treatment system, which will use microscopic oxygen bubbles to clean the water without the use of traditional chemicals like chlorine.

The project will replace all of the London Plane trees on site, as well as the subgrade soil surrounding the trees. The compacted soil beneath the block pavers will be replaced with a structural soil system specially designed by Cornell University. The new system is a mixture of gravel and soil that allows and encourages root growth while still being able to withstand the compression requirements for a paved surface. The new soil should greatly extend the life expectancy of trees on the site, which currently are replaced every 5-10 years.

The plaza around the fountain will be closed for the duration of the work for safety reasons. But there will be no street closures, and the grassy areas and the stairway that provides access to the waterway will remain open.

The $1.1 million project is being funded in part due to a $400,000 donation from the Milton and Tamar Maltz Family Foundation, which was matched by the National Park Service Centennial Challenge program.

Located at the end of L’Enfant Plaza overlooking the Wharf in Southwest DC, the eight-acre Benjamin Banneker Park commemorates the African American scientist, surveyor and author who assisted in the survey of the original boundaries of the District of Columbia. The park was designed by Dan Kiley, among the most influential post-modern landscape architects of the 20th century. Among Kiley’s other more than 1,000 designs are Jefferson National Expansion Memorial in St. Louis, Independence Mall in Philadelphia, and Constitution Gardens on the National Mall.