*Campaign communicated about these wildlife species, but data were not collected on them

What were the results?

The campaign successfully increased the proportion of visitors keeping safe distances from wildlife at three of the parks by at least 16%. At Grand Canyon National Park, it increased the proportion visitors keeping further away, but still not at their desired safe distance of 100 feet (30 meters) for elk and 25 feet (15 meters) for squirrels. Read the research article Encouraging Safe Wildlife Viewing in National Parks: Effects of a Communication Campaign on Visitors’ Behavior for more detailed information about the project and the results.

Why do we think these messages and visuals work?

The “long-distance relationship is the best kind of relationship” campaign was designed to make staying the safe distance from wildlife enjoyable, easy, and popular.

How did we measure the impact?

Trained researchers collected data over a Saturday and Sunday before the campaign was in place, and then again the following weekend once the campaign was in place. Parks rolled the campaign out beginning on the Thursday prior to the post-test data collection period. Researchers scouted for visitor-wildlife interactions in selected areas of the parks where staff indicated they were likely to occur. Using a counter app on a smartphone, they counted the total number of visitors within whatever the safe distance was for that species (1 bus-length, 2 bus-lengths, etc.) up to 100 yards of the wildlife and within view. They also counted the numbers of visitors within different distance ranges of the wildlife (e.g., 19-24 yards, 13-18 yards, 12 or fewer yards). If “visitor A” started out at a safe distance, but then moved to within 12 yards of the wildlife, that visitor was counted in the “within 12 yards” category only. The researchers blended in with visitors so they were not influenced by their presence. Researchers did not engage with visitors. After data were collected, a researcher compared the pre-test (before campaign) to the post-test (campaign in place) visitor proportions to determine whether there was a difference in the number of visitors at safe distances from wildlife.

How was the campaign developed?

Academics at Colorado State University who study science and risk communication and social-psychological factors underlying human-wildlife conflict compiled theories and research on behavior change and risk communication in the context of human-wildlife interaction; interviewed wildlife biologists, interpretation, and information specialist staff from seven national parks; and conducted observations of visitor-wildlife interaction in four national parks. Those activities resulted in a conceptualization of communication messages and strategies that we believed would lead to more visitors keeping safe distances from wildlife in parks. We worked very closely with a creative firm to bring the theoretical ideas to life in a campaign. 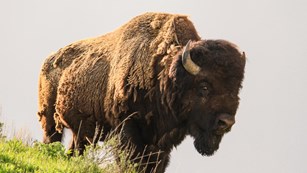 What Parks Can Do

Get information about how to implement this campaign in your park. 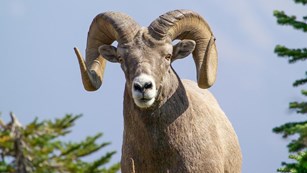 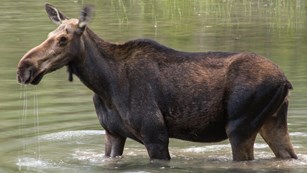