What Was the Black Freedom Struggle?

In 1939, Marian Anderson sang "My Country, 'Tis of Thee" on the steps of the Lincoln Memorial in front of an integrated crowd of nearly 75,000 people. Another landmark year, 1954, served as a historic turning point for civil rights when the U.S. Supreme Court ruled In Brown v. Board of Education that racial segregation in public schools was unconstitutional. The Court, under the leadership of Chief Justice Earl Warren, would go on to dismantle much of the Jim Crow legislation that had rendered people of color in the U.S. as second class citizens. In 1963, Dr. Martin Luther King Jr. delivered his famous "I Have a Dream" speech during the March on Washington for Jobs and Freedom. The speech took place on the steps of the Lincoln Memorial in front of 250,000 people. Dr. King told the crowd:

I still have a dream, a dream deeply rooted in the American dream – one day this nation will rise up and live up to its creed, "We hold these truths to be self evident: that all men are created equal." I have a dream ...

Nearly five years later in 1968, Dr. King was assasinated outside of his room at the Lorraine Motel. This loss greatly impacted the African American Civil Rights movement in the U.S.

Ninety-sixty eight continued to be a tumultuous year as urban unrest in the nation's major cities followed Dr. King's death. Activists continued the work of the movement through to the rest of the decade, and into the 1970s despite the many obstacles in their way. Achieving and maintaining civil rights continues to be a struggle for many marginalized groups in the U.S. and abroad.

This StoryMap was produced by the Park History Program office.

The African American Civil Rights Network (AACRN) recognizes the civil rights movement in the United States and the sacrifices made by those who fought against discrimination and segregation. Created by the African American Civil Rights Act of 2017, and coordinated by the National Park Service, the Network tells the stories of the people, places, and events of the modern U.S. civil rights movement from 1939 -1968 through a collection of public and private resources. 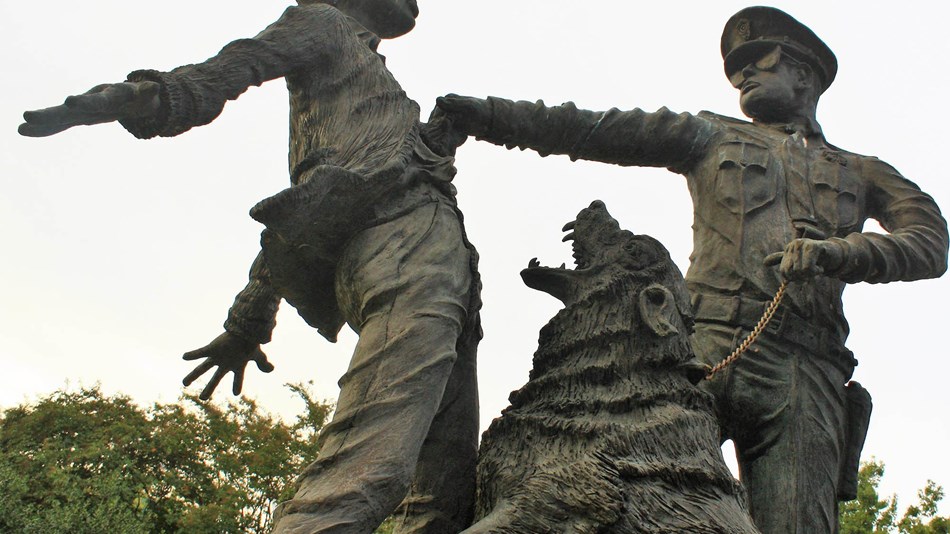