A Glimpse Into the Past

We may never know to what extent, but we do know those who passed by left their mark on the robust and variable landscape. There is no archaeological evidence of long standing or large community residencies, but painted images on rock, known as pictographs, vestiges of dwellings, and materials such as stone tools, charcoal deposits and fragmented bones provide a glimpse into ancestral human activity. Environmental events affected human occupation and may speak to the gaps found within the archaeological timeline.

Ancestral Imagery
Ancestral paintings found along the coast comprise the only known pictograph sites within the Alaska national park system. The pictographs suggest ties to the Alutiiq, a group of maritime people originating in the Kodiak archipelago, who valued resources from sea mammals to facilitate their way of life.

Coastal resources beckoned people to west Cook Inlet for hunting, fishing, and trading purposes. The inland Dena’ina traveled to the coast through the mountains from the lakes country, while the Alutiiq traveled across Cook Inlet.

Frederica de Laguna, an archaeologist and anthropologist, surveyed Cook Inlet in the 1930s. In 1932, de Laguna recorded a pictograph site that is now within the park. Her work was instrumental in shaping what we know about the pictographs and her hypotheses are still relevant today.

The pictographs reflect a reddish-brown hue. They were painted with natural pigments composed of ochre and sea mammal oil, which acted as the main binding agent. Traces of blood and urine were also found mixed with the pigment, these could have been binding agents or included for ritualistic purposes. The painted images seemingly exhibit human and animal figures, boats, and several abstract forms. The torsos on the human figures are represented in a variety of geometric styles. Appendages are present on some, but not all of the figures, and one figure appears to be
holding a club.
Animal figures represent a majority of the paintings, with many images being interpreted as sea mammals, such as whales. Frederica de Laguna hypothesized the images to be painted by whale hunters.

While their exact meaning is unknown, many of the pictographs echo a culture defined by maritime practices, and could be linked to ceremonial observances important to the Alutiiq. Charcoal samples and marine shells collected beneath the motifs have been dated from AD 300 to AD 1727. This evidence does not tell us the date of the pictographs themselves, rather it places human activity in the area during that timeframe.

Leave What You Find

We ask that you resist the temptation to remove artifacts and fossils. Damaging archeological sites in the park and preserve is illegal. Although Lake Clark seems remote, in fact many people visit the area. If visitors take fossils and other artifacts, eventually there will be no more left and our national heritage will be impoverished. 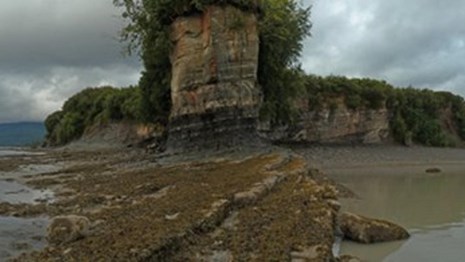 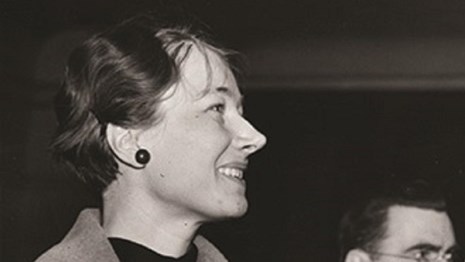